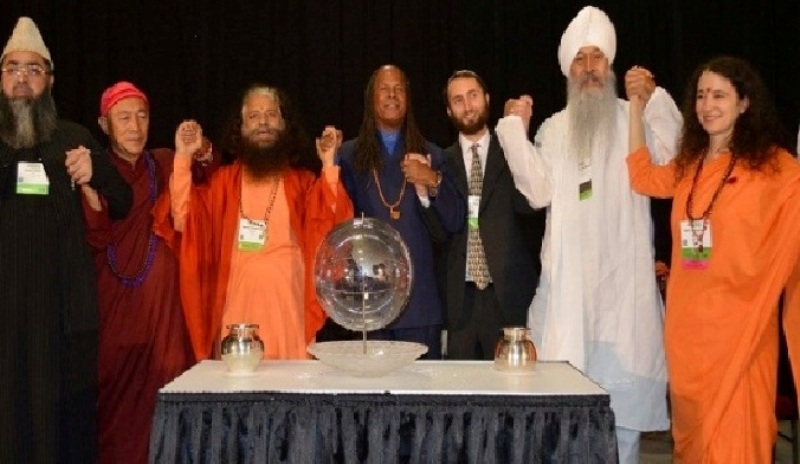 Religious leaders in the country need to bury their differences and make sincere efforts to ensure that religious coexistence and communal harmony sustains in India, says SEEMA SAXENA

India is a country which is both ancient and modern in its outlook ― a country where temples, mosques, churches, gurdwaras, and fire temples coexist. Different tribes inhabit the plateaus, the forests and even the islands. It is a country which was (and is) the hub of material and spiritual knowledge and advancement.

People from all over the world came here for higher learning. India has evolved as a multicultural nation, though predominated by its original inhabitants. Unlike the Mayan and Mesopotamian civilizations,  the original inhabitants in India were able to preserve their culture despite foreign influence.

The knowledge that the wise men accumulated here was so variegated and vast, extrapolated and expanded in such a way that it was impossible to wipe out;  especially so because efforts were made to pass it on by means of oral narration and handed down from generation to generation along with writing it down.

Even burning down the Nalanda and Taxshila universities couldn’t destroy the knowledge. Instead it spread to regions far beyond the nation. The grit shown by the people baffled the invaders. The courage and tolerance of people living here was unmatched and outstanding.

From Bharat to India, the journey was long, but the objective was always towards attaining liberation on the path of spirituality. Spirituality is the nation’s soul and hasn’t lost its essence even today. The diversity of cultures in India is one of its kind. Anyone who travels from North to South and East to West in the country can clearly see the extent of its diversity.

The East is inhabited by fair-complexioned people, with slanted eyes and Mongolian features, whereas the West is dominated by light-eyed beauties. You may even come across African-like dark-skin and a protruding jaw among the tribes on the islands of Andaman and Nicobar and Lakshadweep, as well as defined features of Greek gods and goddess.

Architecture here makes one wonder who is influenced by whom? The churches in remote Kerala can be seen adorned with diyas and Mother Mary statues are dressed up in a sari. Christian men can be heard conversing in a native Tamil dialect. Muslims speak the local languages of South India effortlessly; fishermen in Kanyakumari have Christian names, but otherwise are totally indistinguishable from local inhabitants.

A peculiar touch of Urdu adorns Hindi spoken in Uttar Pradesh. The Guru Granth Sahib quotes the Sufi Saint Baba Farid. The ancient scriptures mention Hunas and Yavanas. The Pulindas, Kirats and khasas refer to the Himalayan tribe in ‘The Mahabharata’. All of these contribute to the influence of different cultures on each other.

India seems to have it all in one place. People of all faiths coexist here. It  doesn’t matter what faith one belonged to. What mattered is the thirst for knowledge for spiritual advancement! The Sanatan Dharma followed here gives freedom to people to walk on their own paths by following the righteous way of living. The Vyadha Gita (teachings of a butcher) is a part of the epic Mahabharata ― teachings imparted by a butcher to a monk.

How the diversity in India has been sustained baffles historians. What keeps the country united in diversity? How did we survive foreign invasions? With Muslim invaders and the Christian colonists there was a forced decline of the original culture. Foreign language, habits and culture were assimilated by the inhabitants, but their core  remained untouched.

The British ruled India with a Uniform Civil Code but soon realised that the diverse cultures required personal laws. The British Raj introduced the Muslim Personal laws in India based on  the Sharia. But they had difficulty framing laws for Hindus, because they knew not where to take their reference from. In 1772, Warren Hastings appointed 10 Brahmin Pundits to compile a digest of Hindu scriptural laws in four main civil areas, namely marriage, divorce, inheritance and succession.

Ancient India was never averse to diversity. Freedom of belief and no discrimination on grounds of religion was the practice in this ancient land. Secularism is followed by modern India, where there is separation of state and religion. This separation, however, is not complete.

The outdated religious practices which are harmful to the growth of society have been abolished. The Triple Talaq Act has been abolished by introducing The Muslim Women (Protection of Rights on Marriage) Act, 2019 ― by an Act of the Parliament of India, criminalising triple talaq.

The Indian Constitution permits partial financial support for religious schools, as well as the financing of religious buildings and infrastructure by the state. The Islamic Central Wakf Council and many Hindu temples of great religious significance are administered and managed (through funding) by the federal and the state governments in accordance with The Places Of Worship (Special Provisions) Act, 1991, and the Ancient Monuments and Archaeological Sites and Remains Act, 1958, mandates state maintenance of religious buildings that were created before August 15, 1947, while also retaining their religious character.

Thus the state according to its Constitution tries to be neutral, while at the same time, protecting all religions. The Indian Constitution grants “equal protection of law” to all its citizens.

Religion and spirituality are intermingled and comprise the soul of India. In this country, religion is responsible for an awakened sense of spirituality.

We have to learn the humane aspect of every religion. There needs to be tolerance for each others’ beliefs and rituals and we should avoid treading on the paths of others. In the modern world, religion cannot replace civil laws.

All religions are basically about love and compassion. Aggression and suppressing people who don’t belong to your faith is not religious, leave alone spiritual. Words like pseudo-secularism, pro-minorities, pro-Hindu, anti-Hindu have no place in a spiritually advanced country like India.

We have the majority and minority communities in India, pitting one against the other, dividing them, and worse, using them for vote bank politics. However, this goes against our glorious concepts of Sanatan Dharma and Vasudhaiva Kutumbakam, “the world is one family.”

We have to understand that we cannot give religion so much importance that it rises above humanity.

Let us try to think for ourselves rather than go for a designer kind of philosophy engineered by our political leaders. We have a long way to go. Let us first start with avoiding hurtful words and hateful speeches towards religions other than ours. Leaders who openly preach hate should be legally punished.

In India marriages take place between people of different communities. More and more inter-religious and inter-caste marriages are happening these days. This is proof about intermingling and reason to believe that communal harmony exists in India.

We need to address this issue urgently, because a country which faces disharmony among its citizens will either end in a dictatorial rule or will break into fragments based on its many religions.

The religious leaders in the country need to bury  their differences and make sincere efforts to ensure that religious coexistence and communal harmony sustains in India. If religious leaders are united in this effort, politicians trying to capture religious-community-based votes will become a vanishing breed.

Seema Saxena is a B.Sc in microbiology, and also a B.Ed. She was brought up and educated in Mumbai. Seema is an avid writer and blogger who writes about practicality and spirituality in life. She is settled in Jaipur.