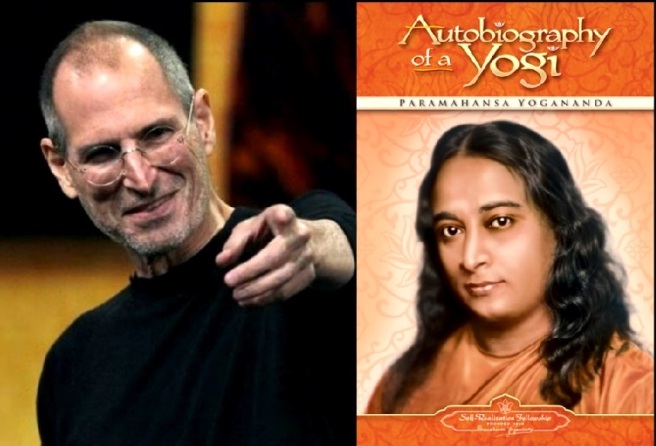 The waves of inspiration, hope, and meaning that PARAMHANSA YOGANANDA’S Autobiography of a Yogi has radiated out to the world since its publication 75 years ago have uplifted society with its message of unity of all races, religions, and beliefs; of the potential of every sincere seeker to find God; and of the loving presence of Divine Consciousness behind all the seemingly dark dreams of this world, says NAYASWAMI DEVI, spiritual director of Ananda Sangha Worldwide. This is what she wrote of this iconic book:

We did an interview recently with our good friend, Phil Goldberg, author of The Life of Yogananda: The Story of the Yogi Who Became the First Modern Guru. The interview was in honour of the seventy-fifth anniversary of the first publication of Autobiography of a Yogi in December 1946.

During the interview, Phil raised an interesting question: “What would the world be like today without the Autobiography?” This intriguing query launched a series of thoughts that kept falling like dominos in my mind for many days.

First, there are the big, bold strokes of famous people inspired by the book who have had a huge impact on society.

Steve Jobs, the visionary behind Apple, read the Autobiography every year of his adult life. It was the only book he kept on his iPhone, and he left instructions to give a copy of it to everyone who attended his funeral when he died tragically at an early age.

Gene Roddenberry, the creator of Star Trek, once gave an interview to a young actor (who happened to be a disciple of Yoganandaji). The actor saw a copy of the Autobiography on a bookshelf behind Mr. Roddenberry’s desk, and asked him, “Have you read that book?” He replied, “Read it? I get lots of my ideas from it. The thought of ‘beaming people up’ came from the chapter, ‘The Resurrection of Sri Yukteswar.’”

George Harrison of the Beatles became a disciple, and the music written later in his life was influenced by this association.

Virat Kohli, the captain of India’s undefeated cricket team, said of the Autobiography: “I love this book. A must-read for all those who are brave enough to let their thoughts and ideologies be challenged. The understanding and implementation of the knowledge in this book will change your whole perspective and life.”

Then there are the four million copies in over thirty languages that have been sold to date. In the years that we have been sharing Yogananda’s teachings around the world, we’ve met countless people everywhere who have read it.

Some have said, “Oh, I read the Autobiography years ago. I wish I had followed him.” Others told us, “When I read it, my whole perspective on life changed.” And still others quietly said, “After reading it, I have followed him as a disciple ever since.” Not one person we met who had read it was untouched by its spiritual influence.

Towards the end of our interview, Phil asked us another question: What was the impact on us of our first reading of the book? Strange to say, I had never really thought deeply about this. My spontaneous reply was, “I felt like I had met my dearest friend, who combined depth, wisdom, and truth with warmth, childlike joy, and humour.”

So, I offer you, too, this question to ask yourself: What impact has the Autobiography had on your life? Perhaps in answering it, you’ll receive increased clarity and commitment in your own spiritual search.

The waves of inspiration, hope, and meaning that Autobiography of a Yogi has radiated out to the world since its publication have been forces of upliftment for society, whether people were aware of it or not. Its message is one of unity of all races, religions, and beliefs; of the potential of every sincere seeker to find God; and of the loving presence of Divine Consciousness behind all the seemingly dark dreams of this world.

Through his autobiography, Yogananda has created a bridge to the future where people can experience their unity with God and with one another. As he wrote in the concluding sentence of his book: “‘Lord,’ I thought gratefully, ‘Thou hast given this monk a large family!’”

We bow at your feet, dear Master, for your gift to the world of Autobiography of a Yogi.

Nayaswami Devi is spiritual director of Ananda Sangha Worldwide, together with Nayaswami Jyotish. Ananda Sangha was founded in 1968 by a direct disciple of Paramhansa Yoganandaji, Swami Kriyananda.