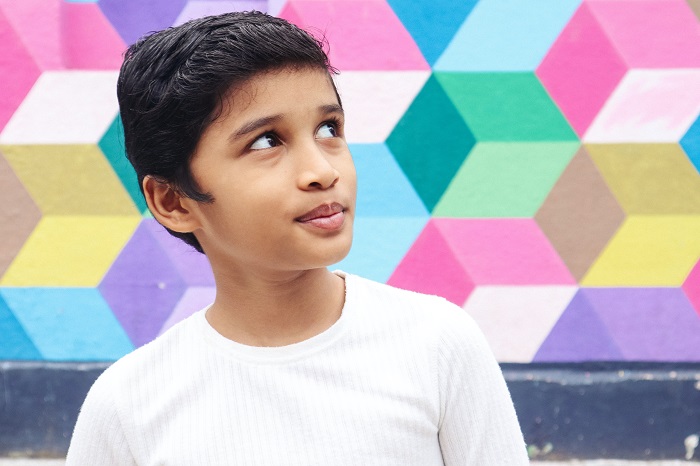 It doesn’t matter whether we call Him Jesus, Allah, Shunya, Vishnu or Siva, Rama or Krishna; He is One ― the same imperishable Supreme Reality who has no beginning or end, within all, both living and non-living, says MANAS DAS

Sri Ramakrishna once quipped: “That God is a slave of pure love. He does not look for any splendour or pomp or glory. He is satisfied with the least of offerings and it is very easy to please Him.”

Lord Krishna in Srimad Bhagavad Gita, in verse 26 of Chapter 9 explained to Arjuna:

“Whoever with devotion offers me a leaf, a flower, a fruit, or a little water, that I accept ― the devout gift of the pure mind.”

The man, writing this true story, enjoyed what others shared. He rarely talked of his own experiences. Many share their own spiritual perceptions, their spiritual evolution, from early childhood, to youth, and later on, when they get older and wiser. Their experiences get refined with each passing year and take various shapes in their minds.

In a small crowd, once this man was coaxed to share his spiritual conceptions, their rise or fall and how they stay with him now.

The man hesitated a moment and then said, “My introduction to God was more electric, filled with simple trust and a small amount of fear, too.”

His audience looked at him with great interest. He continued, “Many read about God at an early stage, and thereafter expand their knowledge through more reading, debates, discussions and interacting with relevant, knowledgeable sources.”

If truth be told, the man, the narrator, spent an ordinary childhood, where he could only look at God, through the vision of his parents. As a matter of fact, he came across many Gods in school, in social worship centres and in many temples. And at home, he found his mother worshipping many Devis and Devatas. As a result, he had completely mixed up ideas of God.

The man’s father was a devout Hindu, with unflinching trust in God, and it was this astounding devotion that mostly influenced him. His mother like many Indian women continued performing various rituals at home with dedication. Given this milieu, there was always a sacred rhythm in their unusually silent home.

But of late, the man began creating an unspoken bond with the Devis and Devatas. He got delighted upon seeing them. He gradually felt filled with rising love, inexplicable devotion, while gazing at them with attention. Consequently, the man got connected with the Gods and developed with them a childlike intimacy and closeness.

The man had read comparatively less scriptures, but his undiluted childhood gave him an opportunity to flow with a divine connect. During his childhood, observing his father’s devotion and trust he believed that God lives, somewhere there in heaven, up in the sky.

He believed that no matter what happens, one day He would take his father into His benevolent fold. While his father went to heaven, holding the lotus feet of God, his mother too would go to God’s home. And holding her feet, he too would move into God’s abode.

And the natural but divine outcome of this heavenly itinerary, would be that all his brothers, like his parents would be in God’s care and protection, living for eternity in heaven with love and happiness.

With this simple awareness of a heavenly afterlife, the child became the man and at a later stage, read the Bhagavad Gita and various fundamental spiritual scriptures, to fortify the idea that the God of all religions is one.

He genuinely felt that wrong thoughts lead one to agonies, while good thoughts bring happiness. His father taught him that while he should endeavour to make right efforts, he must be content with what life awards him.

He was convinced that he would receive what he deserved, and, therefore, stay content with what fate brings him. The man, therefore, remained away from complexities of spiritual differences in the scriptures. He spent a calm time in his college as a youngster and grew up into a man of faith.

More interested in the esoteric and divine, the man was not a very bright student, just an average one, enjoying his life as it passed through a mix of some happy and some sad events, with something new always appearing on the scene in his evolving world.

Science had no real impact on his spiritual world. He read science as he did social studies, mathematics or literature. He would learn, remember the facts so that he could write them in his exams and forgot them again in the next class.

In his largely spiritual world, it was God that mattered with whom he had a strong bond, built on profound trust and implicit devotion. He heard stories of Mahabharata, Ramayana from his grandparents. He believed that Rama and Krishna through their activities taught mankind the power of virtues and one needed to follow them in order to receive their extraordinary Grace.

With these simple perceptions, his belief in God got fortified. But the man somehow, conceptualised and visualised them all together, and even with growing age, rarely felt there really existed any difference in the concept of God in all religions. It doesn’t matter whether we call Him Jesus, Allah, Shunya, Vishnu or Siva, Rama or Krishna. He is One.

He is the same imperishable Supreme Reality who has no beginning or end. He is inside the man and within all, both living and non-living. One has come from Him and ultimately goes back to Him.

But one is free to follow one’s choice of God and play the role as one chooses, without fear or the hope of a favour.

The man’s beliefs were clean and simple ― he didn’t believe in unnecessary complexities. So, he had no questions and expected no answers.

Yours truly has bared his soulful heart. I am glad to be one with you all….