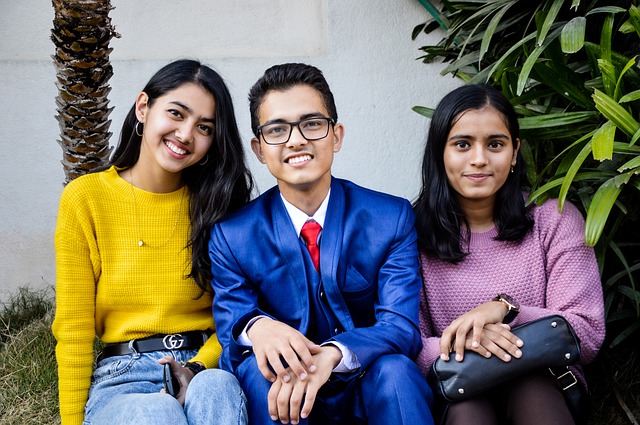 Humans, the most intelligent beings that live and breathe in this universe, should stop misusing their intellect for destruction of society, but instead pledge to do their bit to ensure communal harmony and make this society more equal and inclusive, says NITA AGARWAL

Peace does not mean an absence of conflicts; differences will always be there. Peace means solving these differences through peaceful means; through dialogue, education, knowledge; and through humane ways.”

Human society often experiences phases of disharmony and chaos, though we all seek harmony and wish for a peaceful life. Our quest for peace and happiness is disturbed by a few, whose ideas are very strong and influence the gullible masses

In this age of social media, everyone has found a platform to express their inner feelings.  People express their anger and opinion on everything that is different from the way they think and believe. This has led to more confusion and chaos.

Most of the time, religion is blamed for disturbances in peace and harmony in society, but  I strongly feel that it’s the human mind that is greedy for wealth, power and fame that is responsible for all kinds of disharmony.

That religion is not really to blame is proven by the example of hardcore communist regimes like erstwhile USSR, China and North Korea, where there is no religion yet people suffer because of disharmony in society. Some of the worst crimes against humanity have been committed by communist leaders.

Being an Indian, I have lived most of my life in India and was born in independent India. I know only about democracy and how people have the right to choose and vote for their leader. India is known for its unity in diversity because we have a vast variety of regional languages, cuisines and festivals.

Anyone can live anywhere they wish to, while following their own religion and cultural beliefs. Along with regional diversity, we have so many indigenous religions like Hinduism, Sikhism, Jainism, Buddhism, along with Muslims, Christians, Parsi, and Jewish communities practising their religion with complete freedom.

The Indian Constitution allows freedom to practise one’s religion of choice. We have defied the misconception that only similarity can breed peaceful coexistence and live in unity. However, vile politicians have tried to destroy this unity in diversity to consolidate their vote banks by pitting one religion against the other. Appeasement of some while ignoring the needs of others has led to division and disunity.

Having lived in different countries like Russia (communist), UAE (more like an autocratic kingdom of  various kings) and Singapore (democracy with mild autocracy), I discovered that all these places had religious harmony because people had no choice.

India suffers from religious disharmony every now and then, despite constitutionally being a secular country, because the state is not completely separate from religion. Freedom to practise any religion is a great freedom given by the Constitution of India, but conflict arises when any religion begins to dictate terms.

As we do not have a uniform civil code, there is no clarity between personal laws and civil laws. We need to have uniform civil laws for all Indians. Religion can be practised freely at home, but in public it should be done in such a way that one does not trample on the religious sentiments of any other religious group. Religion must move away from state policy.

To prevent disharmony, dialogue between warring communities should be held regularly where both sides need to show respect for each other’s beliefs. Religious or community leaders should be the guiding light of their community. No one group can influence or change others. Change in any community should come from within by keeping pace with changing times.

All religious leaders must never forget they can make or mar any society by their views. They must strive for inclusiveness, peace and harmony. Welfare of all the people should be accorded priority before personal beliefs.

All religions teach humanity, love and treating all as equals. Then why do we focus more on differences and treat each other as enemies? It should be the joint responsibility of everyone to ensure peace and justice for all.

In this age of globalisation and social media, the need for peace and harmony has acquired greater importance as anyone can disturb the harmony in any society by creating a divisive narrative that sows the seeds of mistrust and ill feeling between different communities.

Each one of us has to take the onus of ensuring that we do not add to the chaos or become party to divisive politics of political or religious leaders.

We have to learn from nature around us how to coexist despite differences, survive and thrive with everyone playing their role. Every element in nature has a role to play in maintaining the ecological balance. In like manner, humans have to accept differences and learn to thrive together as one. Political leaders, religious leaders as well as individuals in every community have to work towards a cohesive and inclusive society.

Humans are the most intelligent beings that live and breathe in this universe. We should stop misusing our intellect for destruction of our society. Instead, let us all pledge to do our bit to ensure communal harmony and make this society more equal and inclusive. It’s a hard task but we can try and change things for the better.