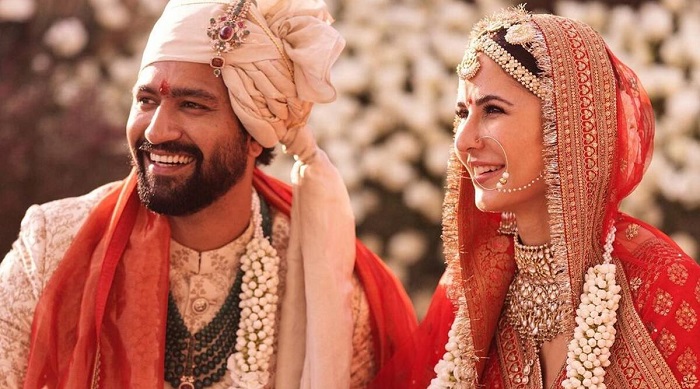 What should be important to us as intelligent, thinking adults? That we spend time on frivolities like celebrity weddings or take up issues that should be of serious concern to us …. REENA SINGH shares her candid views

This week whizzed past in chasing the celebrity marriage of Vicky Kaushal and Katrina Kaif (Vicky-Kat) and in basking in the warm glow of our own soni kudi from Chandigarh, Harnaaz Sandhu, bagging the Miss Universe title.

So engrossed were most of us in chasing the Vicky-Kat union that we did not tabulate the time all of us must have spent in reading up about them, checking up on her family and devouring pictures of the pretty Katrina in her delightful jewellery and lengha specially designed for her by Sabyasachi.

It seemed we did much the same thing in October, when we followed the arrest of Aryan Khan and went berserk on the cost of the expensive shirts and T-shirts worn by Sameer Wankhede and the single-minded pursuit of Nawab Malik in nailing him down ― down to the former’s birth certificate.

Alas, don’t you think we spend too much time on celebrity peccadilloes? Shouldn’t we be spending that time on something more useful?

In all this, what the Vicky-Kat lavish shaadi did tell me is this: that the two Indias we live in are okay with Hindu-Muslim marriages if the couple is a celebrity, but is up in arms if the pair consists of ordinary mortals from ordinary families. I can’t recall any controversy surrounding marriages such as Saif-Kareena, Kabir Khan-Mini Mathur, Amrita Arora-Shakeel Ladak, Shahrukh-Gauri…oh, these are too many to list here.

Don’t we hear and read about people locking up their daughters, or opposing their son’s marriages to people of different communities? But that happens to ordinary, everyday Indians only. We are not open to the idea of giving inter-faith marriages even a working chance, leave alone any kind of help or support.

Let me quote my personal example here ― back in the early ‘80s, while doing a training stint in the head office of the Times of India in Bombay, I, a Sikh met a Catholic colleague and despite some minor hurdles and obstacles that my parents did raise, we married with happy, family consent some 36 years ago.

What has been my experience of an inter-faith marriage? That it works and just like any other marriage, takes effort and patience to make it work.

In the bigger analysis, if only we think logically, we will admit that faith never works against anybody ― what has and still works us up into a tizzy are our differences on food, not on culture. It is, in short, the great vegetarian vs the non-vegetarian debate that people don’t agree on and for this, they can kill.

Religion has never bothered us, but we find that we are surrounded by fringe elements who have extreme views. But when you look closely at such people, you can poke several holes in their philosophy. For instance, I have a Facebook friend who thinks nothing of running down Muslims and Christians in routine posts. But he is an honoured professor of mathematics who has a daughter living in the US.

He is also a visiting lecturer in a couple of US universities. What happens to his extreme rants then? In fact, he displays his tours of US universities proudly in his profile on social media. Surely, our professor is a terribly confused desi?

Another close relative is an extreme Hindutva-views supporter, yet his children live in the US and one of them is married to a foreigner who follows the Christian faith. Yes, the family in the US surely eats beef. What happens to his extreme views then? Selective, surely and only for middle class Indians?

I don’t get into lofty philosophy while I advocate my vegetarianism and am content to follow the principle: To each his own. The great leveller should be education and in keeping an open mind, and certainly not in the community one was born into.

Some 39 years ago, as a young aspiring journalist living in Delhi’s Defence Colony as a PG with a family friend, I shared a room with Shahla, a young Iranian girl, who was studying international relations in JNU. She and I became good friends and I realized that she is just like any of us.

The same daily concerns bothered me and Shahla. When her beloved country was taken over by religious fundamentalists led by Ayatollah Khomeini, she cried and we cried with her.

Now that some fringe elements are questioning the need for secularism and a tiny fraction is even extolling Godse as a hero, and there are stray attacks on minorities like the recent spotting of an unidentified man with a machete in a church in Karnataka, alarm bells ring in my head.

Being an incorrigible optimist and considering that the mission of our website is to promote positivity, I hope that this too passes and better sense prevails ― and we are back to Vasudhaiva Kutumbukam and Sanatan Dharma, about which every right-thinking Indian swears by.