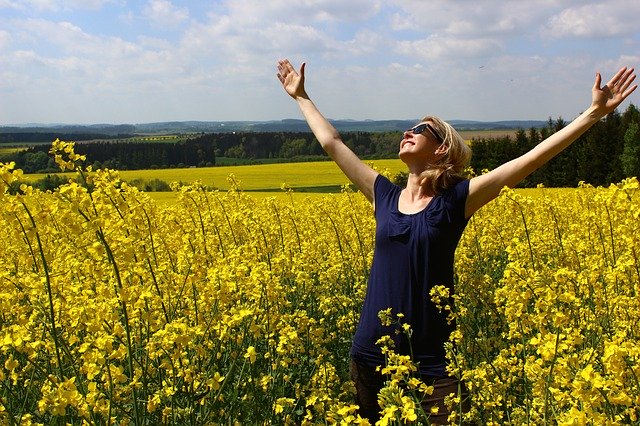 Faith gives wings of wisdom to find solutions, because faith creates self-belief and positive thinking. Believe in God with full faith and devotion, so that when your need is sincere and just, He will ensure it is fulfilled, says NITA AGARWAL

I have always believed that faith can move mountains. When we believe in something very strongly and have full faith in God, I find that wish gets fulfilled. I have experienced it many times in my life. I believe that when we pray to God with full faith in Him, positive thoughts generate within, and that probably creates a positive environment for things to happen. Solutions are found or people providing the solution appear, unexpectedly.

According to the Law of Attraction, positive thoughts attract positive happenings. It happens when there is clarity in what we want and we sincerely believe we deserve it. When we are not sure whether we deserve such grace, we try to throw in many options in our prayer. It’s like asking God to grant us a particular boon, but if that’s not possible, then we ask for something similar.

Talking of faith, I am  reminded of a story in which all the villagers gathered in one place to perform a yagna to pray to God for rains and thus end the drought. Only one child came with an umbrella, because he truly believed that it will rain by praying to God. God had to ensure the child’s faith was not shattered. And rain showers fell from the sky. It was the child’s faith that made the miracle of rain happen. Like the child, if we have faith, miracles can really happen in our lives.

The child’s story reminds me of an amazing piece of news I read long time back in a leading newspaper about shifting of a 300-year-old temple. The temple known as Amman temple in Ayyanar, 5 km from Ambur in Vellore, Tamil Nadu, was coming in the way of the national highway scheme of widening the road. The NHAI (National Highway Authority of India) had given a notice to the temple trust, directing it to demolish the temple to make way for a six-lane road.

People of the area were distressed. They prayed and reposed their faith in their Goddess, seeking her help to find a solution for them, so that the temple would not be demolished, yet work of the national highway too would not be disrupted, as the highway was important to improve the infrastructure.

They strongly believed that some miracle will happen to save their temple. They feared that if the shrine was demolished it may spell doom for the people of that area. At the back of their minds was what had happened in Uttarakhand in 2013, when their local deity temple was demolished for a hydro-electrical project, and the tsunami struck in the same year and thousands lost their lives.

R Moorthy, Amman temple trustee said that he had seen some programme on Nat Geo, where buildings were lifted and shifted to new sites in various parts of  the world. He wondered if such work could be done in India too. On hearing about this, great hope was kindled in the hearts of the people of Ayyanar.

When they searched for a company doing such work in India they came across a Haryana-based engineering company known by the name of TDBD Engineering Works doing such jobs in India. They contacted the company, which immediately agreed to do the job for a very nominal fee as they believed it was a work of faith. They charged only for the labour cost. They shifted the temple by 40 feet, after which a new foundation was laid and once again Kumbabhishekam of the temple was done and it was thrown open for believers.

My faith in the saying that faith can move mountains was renewed by this incident.

Faith gives wings of wisdom to find solutions, because faith creates self-belief and positive thinking. Whining and blaming creates negative energy and we then fail to look for solutions to get our wishes fulfilled. God can show us the way, but we need to act selflessly to complete the task.

Believe in God with full faith and devotion, so that when your need is sincere and just, He will ensure it is fulfilled. Your faith should be simple and pure. Do not try to bribe God with your offerings. He is the provider of everything we have in life,  and doesn’t need anything from us, except purity, and love and compassion in our heart.

Nita Agarwal is an ex-Table Tennis State player, qualified teacher, self-taught budding painter, a successful blogger, who writes about her observations of life and people; and most importantly, a working housewife.