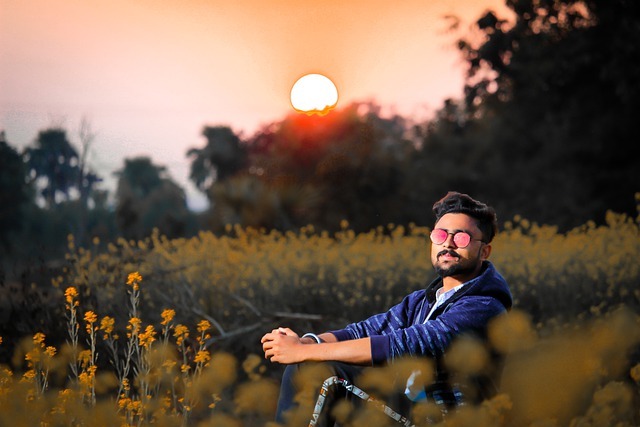 We need to develop positive thinking in ourselves. Forgetting that we faced darkness yesterday, we should only focus on light and not darkness, says MAULANA WAHIDUDDIN KHAN

When I woke up in the morning, I heard everywhere people talking of despairing things. Then after some time, I saw the sun rising. I thought that the world is moving from darkness to light, while the people of the world were speaking as if the world was going toward darkness. This is against nature.

In the world in which we are staying there is a system in place which brings light after darkness; then how can human beings who stay in this world be governed by a different or opposite principle?

There is a simple reason for this, which I will explain with the aid of a story. An educated Delhi girl went to Germany with her husband. There she met a German lady and they later became friends. Once the Delhi girl told her German friend that she believed in Paradise.

But the German lady replied: “Why do we need Paradise? We can have everything from our marketplaces.” This culture of consumerism prevalent in the world today is the basic reason for darkness. God had settled man on earth so that he remembers Him, and lives in His thoughts ― not the material things of the world.

The Prophet of Islam once said: “I have never seen a person who should be desirous of Paradise but is lying asleep.” ‘Sunan al-Tirmidhi, Hadith No 2601’.

The Creator has created man as a talib, a seeker, of Paradise. But he forgets Paradise and becomes a seeker of the world. After we experience despair, we need to return to our original nature, to our Creator. The Creator is still giving us glad tidings of hope. A verse in the ‘Quran’ says: “Your Lord has not abandoned you.”

This verse is in the extended sense for all human beings. God is saying: “O man, do not think that your Creator has forsaken you! Whatever is happening is to give you a shock and to remind you. You need to change your lifestyle and your way of thinking, understand your Creator, understand the creation plan of God, and all of God’s blessings will return to you, just as the sun sets in the evening and rises again in the morning. You need to rediscover that the Creator has made this world in such a way that it cannot go from light to darkness, rather it is going from darkness to light.”

This is the message the universe is giving every day. God is alive. God’s angels are alive. We do not need to despair. We all need to return to the Creator. We need to be convinced that the Creator is a living Creator. He will surely help us. We can change our situation through hope, not through despair. We can change our situation by rethinking, re-planning and rediscovering the lost lessons.

Whenever I made living with hope my goal, then in strange ways, paths opened up for me. It seemed that the sun which had hidden in shade, had come back again in full view. We need to develop positive thinking in ourselves. We must forget that we faced darkness yesterday. We should only focus on light and not darkness.