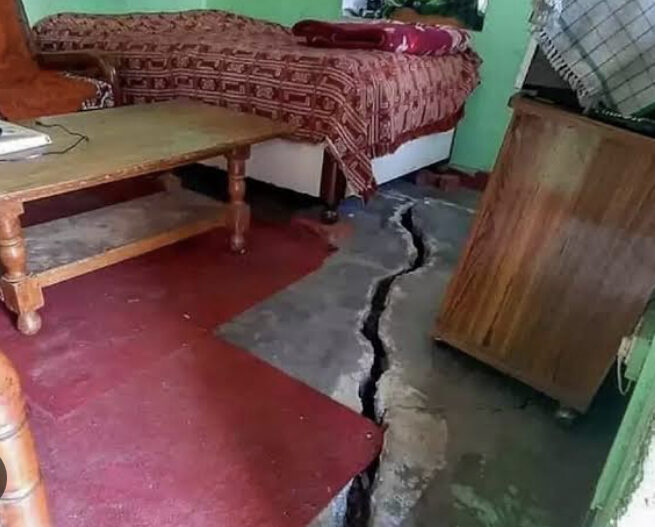 Joshimath’s cracks in 850 homes and establishments has given rise to the question: are the Gods angry with man’s disregard of our valuable natural resources, asks REENA SINGH

If you have hit the fifties or sixties decade in your life, you will recall the easy pace of life prevalent back then – of lazy summer holidays spent with grandparents, of vast maidans where children would play, and of occasional family outings to the movies. Few families owned cars, and even fewer, had phones. Eating out was rare and allergies and mental health disorders, rarer still. As a child, I grew up in a non-vegetarian Sikh family, but meat featured only on the Sunday menu. Families could not afford it anyway.

Things have since turned topsy-turvy. Our desires of the senses knows no bounds – and there we are, watching utter crap on OTT platforms, hardly ever eating at home, and with an ever-growing need for glitzy, fashionable holidays, clothes and inane accessories.

Let us put our behaviour into perspective – our greed for more far outstrips our needs. This has been blamed as the primary reason for our continuing disregard for our habitat. I count myself lucky that I was exposed to spirituality and turned vegetarian 17 years ago; but what I see now is appalling. People are eating non-vegetarian daily. They have ample money to afford expensive, out-of-season foods.

It is to fatten up our livestock to satisfy the insatiable appetite of these meat-eaters that so much deforestation has taken place – with acre after acre of forest land being cleared to grow fodder for livestock – so that fat, succulent pieces reach your table as tikkas and steaks.

Climate change is not a myth – and one cannot turn a blind eye to the devastation that cyclones, hurricanes, excessive rainfall, drought and other extreme weather conditions wreaks upon us.

Look at Joshimath. A peaceful town, the gateway to the Gods is now sinking. In Down-to-Earth, the environment magazine, there is an interview with veteran environmentalist, Ravi Chopra. The introduction to the interview outlines how “the historic temple town of Joshimath, the gateway to the shrine of Badrinath, has been witnessing scenes of panic and anger as locals protest the cracks in the area. From houses to temples to commercial establishments, nothing has been spared. The cracks…mean that the town is slowly sinking.”

Environmentalists are putting it down to a tunnel that has been bored through the hills for the Tapovan-Vishnugad and the Helang Bypass hydro electrical projects. Work on both has been put on hold.

It’s almost as if the Gods, themselves, are angry. Says Ravi Chopra in the interview: “…the assault on the Himalayas is on. That is because no effort is being made to undertake economic growth projects in a sustainable and equitable manner.”

All of us need to modify our own lifestyle if we are to save our planet. We need ownership of our environment and do our personal bit to save it. For starters, let us pick up environment movies on all those OTT channels, rather than use them just to watch pointless films.

Begin with watching Eating Your Way to Extinction, available free on Youtube, in which Kate Winslet has highlighted the havoc our wrong food choices has unleased on our environment. Netflix and Amazon Prime have some great films including from David Attenborough. Let us change our ways and be a part of the movement to save our earth.

Reena Singh has more than 39 years’ experience in senior editorial positions in The Times of India (TOI) and Genpact. She was Deputy Editor with TOI’s spiritual newspaper, The Speaking Tree, where she spent more than nine years.