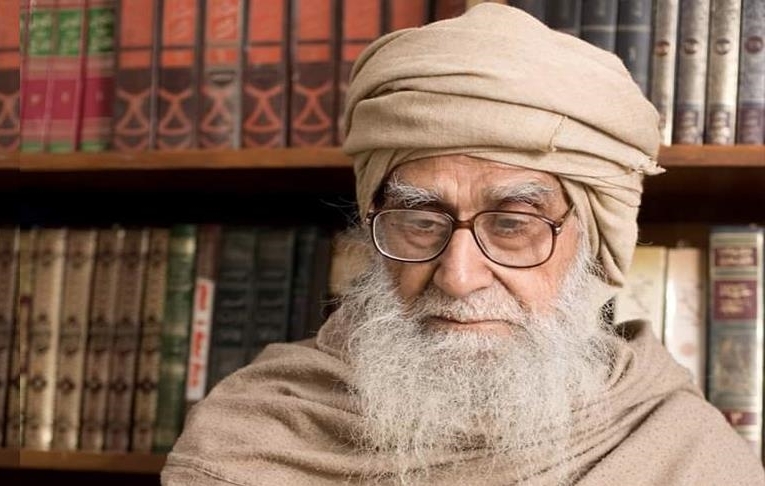 Our homage to Maulana Wahiduddin Khan on his birthday

Today, January 1, on Maulana Wahiduddin Khan’s birthday, we would like to commemorate his memory by sharing his wise words on positivity, which is also the mission of our website. Maulana ji left his physical body on April 21, 2021, leaving behind a rich legacy.

An Islamic spiritual scholar, who had adopted peace as the mission of his life, he is the author of more than 200 books. Known for his Gandhian views, he considered non-violence as the only method to achieve success.

Maulana ji wanted to usher in an era of positive thinking as he strongly believed that only when one is positive, can one unfold his or her true potential.

Maulana ji would say that positive thinking is the single best quality of a person, recalls Dr Rajat Malhotra, Disciple of Maulana Wahiduddin Khan and Global Coordinator of CPS International, Center for Peace and Spirituality.

Maulana ji believed that positive thinking is the ability to convert the negative into a positive. The cow is nature’s model in this regard, he observed.

Maulana ji used to explain that the present world is a testing ground, Dr Rajat Malhotra says. Every man and woman here is being tested and freedom is essential to this test. This freedom is God-given. No one has the licence to abolish it.

But it is also a fact that everyone is free to misuse his freedom. It is this misuse of freedom that creates problems, due to which every one of us faces negative experiences from others. As we cannot abolish people’s freedom, we have no option but to follow the cow pattern, that is, to turn negativity into positivity.

Living as a complaint-free person

In front of Maulana ji’s residence there is a tree covered in green leaves and beautiful flowers. He used to call it his Spiritual Tree and said that it was a source of spiritual nourishment for him, discloses Dr Malhotra. It was like a spiritual partner. He used to sit under this tree for hours and contemplate on nature and receive divine inspiration that helped him to make discoveries.

What does a tree do? It takes minerals and water from the soil and converts them into food for itself. The tree, through the process of photosynthesis, takes light energy from the sun and converts it into chemical energy, which is then used to fuel its activities.

“He used to say that the greatest lesson he learnt from this tree is: be positive in every situation, adopt the culture of giving rather than taking, and the whole world will serve as a catchment area for you,” reveals Dr Malhotra.

Every man and woman receives untold blessings from God. He has created us and given us a complete life support system in the form of sunlight, water, food, our family, society and so many other things.

It is as if the world has been made only for us. He has given us a body the organs of which work in perfect coordination so we are able to perform his innumerable activities so smoothly.

If this fact were not so often lost sight of, people would never become victims of negative thinking or take to constantly complaining. In their thinking, they would always be positive and positive thinking is undoubtedly the source of all kinds of good things.

This realization makes us conscious of two very great things. First, that here there is a beneficent Creator. Hence, a strong affection is produced within each individual for his Creator and he will feel eternal gratitude towards Him. Second, the realization of being endowed with such great blessings will make a person a positive thinker in the complete sense of the word. Thus, he will become a healthy member of society.

“His utmost faith that only a positive person can be at peace and be a receiver of God’s spiritual bounty is one of the biggest takeaways that at CPS International we wish to carry forward as his legacy,” Dr Rajat Malhotra affirms.

He said this attitude made him spiritually creative. He used to highlight a very important Islamic teaching which points out that only those will enter into Paradise who do not have even an iota of hate in their heart.

Adds Dr Malhotra: “It was this reason that he was always in a state of God-realization and kept sharing new ideas, thoughts and spiritual learnings with all his followers and kept going till the age of 96 years. Till his last days, he kept advising us to be always positive, in spite of other’s negativity.

He even prayed for his enemies, saying that he does not want to harbour any negative thoughts in his mind when he meets his Lord.”

Note: The information in this article is based on a Q & A with Dr Rajat Malhotra, Maulana ji’s Disciple and Global Coordinator of CPS International, Center for Peace and Spirituality.