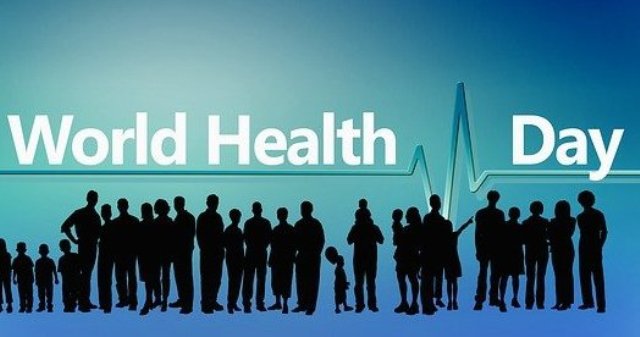 While we create societies focused on well-being, as recommended by WHO, let’s first build our own health fortress that can’t be attacked by disease and the unhealthy environment around us, says OSWALD PEREIRA

On World Health Day 2022, today, WHO is focussing global attention on urgent actions needed to keep humans and the planet healthy and foster a movement to create societies focused on well-being.   A very laudable objective, on the surface.

But if we look deeper, the need of the times is to create awareness about holistic healing of not only the body, but the mind and soul as well. Only with this approach will we be able to build societies focused on well-being.

There have been great developments in science and medicine, but diseases and the number of people suffering from them has increased.  As WHO estimates that more than 13 million deaths around the world each year are due to avoidable environmental causes. This includes the climate crisis which is the single biggest health threat facing humanity. The climate crisis is also a health crisis, WHO adds.

However, bigger than the climate crisis is the crisis of the spirit, which has taken a beating with modern man’s emphasis on material pursuits and the pharmaceutical industry joining this race by producing drugs that don’t really cure but merely address the superficial symptoms.

In this quest for easy money, natural methods of cure have been given the short shrift.

How many doctors tell patients the healing power of the sun? Sun-bathing when done in the early hours of the morning has great curative effects. Harmful microbes wither away under the sun rays.

Fasting is a natural method of healing and gives the body a chance to cleanse itself and to rest from consumption of unhealthy foods. Those who practise yoga recommend fasting to stay healthy in body, mind and soul. Herbs and herb extracts can also do wonders to the body.

But the best medicine is divine healing or the power of God.

The great yogi and sage Paramhansa Yogananda says, “The external factors of medicines and fasting have a certain beneficial effect on the physical body, but they do not affect the inner force that sustains the cells.”

He adds, “It is only when you go to God and receive His healing power that the life energy is directed into the atoms of the bodily cells and produces instantaneous healing.”

“Wouldn’t you rather depend more on God?” he asks.

The Supreme Power may be invoked by continuous faith and unceasing prayer. “You should eat rightly and do whatever else is necessary for the body, but continuously pray to Him,” Yogananda suggests.

Yogananda recommends some affirmations for self healing. I found this one, among the most powerful ― “God’s perfect health permeates the dark nooks of my bodily sickness. In all my cells His healing light is shining. They are entirely well, for His perfection is in them.”

So, while we create societies focused on well-being, let’s first build our own health fortress that can’t be attacked by disease and the unhealthy environment around us.