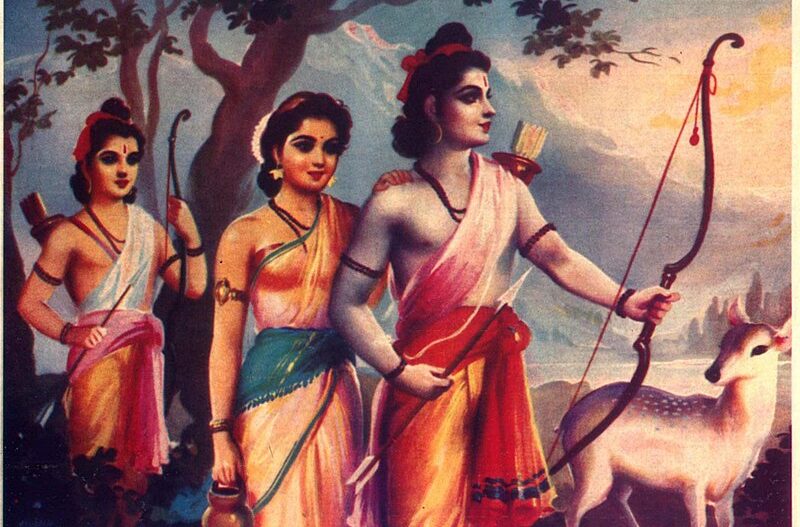 The next time we chant Jai Shri Ram, which means “Glory to Lord Rama”, let’s say it in a spirit of love, brotherhood, oneness and compassion ― not as a weapon of exclusivity or superiority. Only then would it reflect the true Spirit of Lord Ram and make every day a Happy Ram Navami, says OSWALD PEREIRA

I grew up in my village, Kolbad, in Thane, listening to bhajans on Lord Ram playing from loudspeakers mounted on the topmost branches of the centuries’ old Banyan tree, facing the Shiv Mandir, better known as Jagmata Shankar Temple, dating back to more than 150 years.

Those bhajans were and are very uplifting as their sweetness and divinity sinks into my soul. As a child, teenager, young adult, and now older person, Lord Ram is resident in my consciousness, as much as is Christ and Krishna.

Very importantly, I don’t distinguish or differentiate between Them on the basis of land, region or religion. I can bet my life on it ― that in the world beyond, these great avatars don’t go by the name of the religion that some humans tend to place them in.

In the temples of Yogoda Satsanga Society (YSS)/Self Realization Fellowship (SRF) and Ananda Sangha, which follow the teachings of Paramhansa Yogananda, cosmic chants invoke the names of Ram, Krishna, Divine Mother and Christ. The YSS/SRF and Ananda Sangha places of worship are, indeed, temples of all religions.

When I listen to these chants and chant along, whenever I visit one of their temples, I feel blessed to be part of a culture of oneness and goodness. Chanting softly whenever one is free or in the stillness of the night or early morning is joyful.

Today being Ram Navami, the birthday of Lord Ram, it’s time to fervently pray to the seventh avatar of Vishnu, to bless us with the bliss of unity and oneness.

Ram Navami signifies the victory of good over evil and the establishment of dharma to beat adharma.

Ram is less of a king or ruler and more of a divine manifestation of love, peace and compassion. To the young, He is an ideal father and to the old, He is a perfect son.

The fourth of the Ten Commandments is, “Thou shalt not take the name of the Lord thy God in name.” There are some fringe elements in our country, who use the holy name of Lord Ram to spread disharmony, if not discord. I hope Lord Ram gives them the wisdom to refrain from such activity, which is not dharma but is even tantamount to adharma.

Bringing dishonour to the loving and compassionate Lord Ram are those who use His name to propagate exclusiveness and religious superiority. Lord Ram’s philosophy was one of inclusiveness.

Lord Ram really didn’t preach religion, as organised religion as we see it today, didn’t really exist then. It was a beatific Ram Rajya, where all were equal and included in the welfare of the state without any distinction or consideration of class or gender.

The word democracy may have been unheard of in the time of Lord Ram. But, he was, indeed, a true democrat, a trait not easy to find in these times.

That brings us to the burning question on everyone’s lips today, ‘What is Ram Rajya?’ Does it belong to one particular religion?

Mahatma Gandhi didn’t identify Ram Rajya with Hindu Raj. He said that for him Rama and Rahim are one and the same, adding that he acknowledged no other God but the one God of truth and righteousness.

Agrees a devotee, Suman Gupta-Pereira, who believes in the values and teachings he is associated with. She says that “Lord Ram is celebrated as a symbol of a truthful life by many.”

Gandhiji said, “Whether Rama of my imagination ever lived or not on this earth, the ancient ideal of Ramarajya is undoubtedly one of true democracy in which the meanest citizen could be sure of swift justice without an elaborate and costly procedure.”

So, the next time we chant Jai Shri Ram, which means “Glory to Lord Rama” or “Victory to Lord Rama”,  let’s say it in a spirit of love, brotherhood, oneness and compassion ― not as a weapon of exclusivity or superiority.

Only then would it reflect the true Spirit of Lord Ram and make every day a Happy Ram Navami.