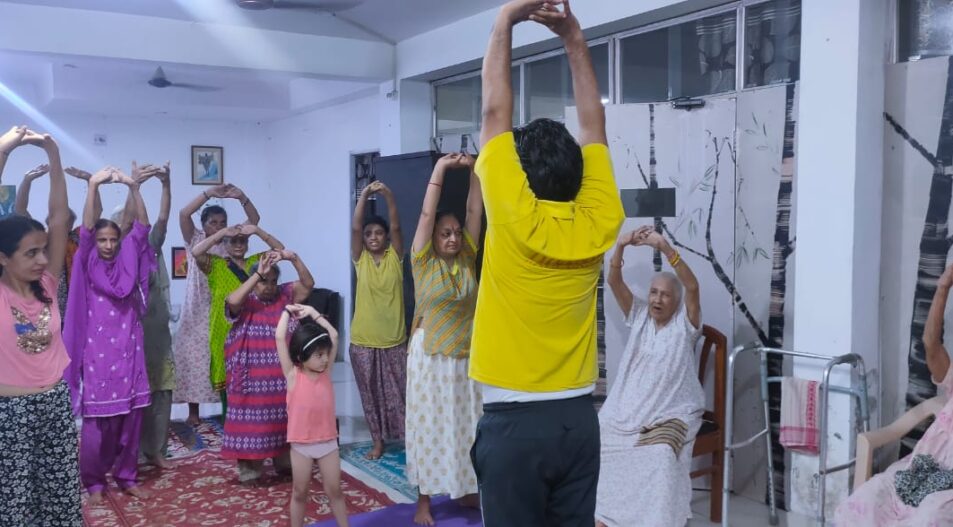 Of life’s many troubles, the worst is neglect in old age by our loved ones. It’s rather ironic that this phase is called the golden years of life, when the elderly are neglected, if not abandoned by their offspring. I have seen in my near social circle and among acquaintances, neglect of the elderly, which is nothing short of cruelty.

Most of the elderly suffer from one or many ailments, and are on a stipulated dosage of medicines. Looking back, they feel pride in their accomplishments in life and their heart swells with love when they reminisce on the good things that they have done for their offsprings ― and the time they devoted and the money they spent on their upbringing and education.

In contrast, they now feel neglected and deprived of attention, love and time of their offspring. They wait longingly for their offspring who are now busy with their own hectic schedules to spare some time for them.

Paradoxically, despite the deficiency of love and attention, quite a few of them are still entrusted with responsibilities like taking care of their childrens’ homes, performing daily chores, supervising house helps or picking and dropping grandkids to school or elsewhere.

Have you noticed some of them sitting grim-faced, alone on a park bench after their morning walks? Their wrinkled skin speaks a story of anguish and suffering. Their eyes no longer sparkle with hope, but reveal a helplessness, which seems more debilitating than their physical ailments, as it drains them emotionally.

Some of them are affluent and can afford the luxuries of life. But tragically that only accentuates their loneliness ― for as it is often said, money can’t buy love.

In moments of the loneliness they go through, the biggest healer is their contact with the outside world. Some respond to it and some disconnect themselves for loss of face owing to their predicament.

I know a friend’s mother, who lost her husband a few years back, and now doesn’t stay in her own home, but in a neighbouring house. The reason for her moving out was her daughter-in-law who didn’t like her.

She has now become a recluse and refuses to come out of her home, for she fears embarrassment with people around. She spends her time doing nothing, staring blankly at the walls for she lives alone and her only contact with the outside world is a single house help who comes to clean and cook.

I know a man, just turned 85, who is so unhappy with life and the people around that he doesn’t respond when spoken to. He has obviously been through much in life and people and family around have failed him.

Another sad case is of a mother who eagerly waits for her grandchildren to visit her everyday, and when they fail to show up on most days, she gets irritated, disoriented and irksome. Another old lady I know is not happy with the choice of food she gets, which doesn’t suit her digestive system as the cooking style is tuned to the choice of young children at home.

And then, there is a very close and affluent friend’s mother who stays alone with her trusted servant while her son and his wife stay abroad, and only visit her for a few days in a year. There are several parents who are mere baby-sitters and custodians of property which their children have acquired.

In many instances, parents live in separate apartments managing their nuclear set ups and needs of food and other necessities. I know of an elderly mother who is so disturbed with her two sons that she has bequeathed her fortunes to a medical trust for the elderly.

In a non-profit I run, I have been witness to many parents who once lived in a happy family, now abandoned and dependent on strangers to support them. The harsh truth is that they have reached this state because of their callous children, whose first priority is their careers.

The cause of this sad state of affairs is heartless modernisation and the collapse of age old values. Our modern shallow society is a far cry from what it used to be in the good old days, when parents and grandparents lived gloriously and swelled their chests with pride at being heads of their families.

Now all this doesn’t cost money and won’t take much time … even a phone call to ask how they are doing and if they need any help can make their day.

Instead, how much time is wasted in gossiping with colleagues, eating in the cafeteria, reading the same news item on multiple versions across news portals; calling up an old friend and then there’s always Facebook, Instagram and Twitter which demands our attention and engages us with people, most of whom we would never meet for the rest of our lives.

The world is not all bad though. A friend of mine who I met recently after many years shared why she didn’t marry as she was afraid that being the only daughter she would not be able to tread the “karma” of a married life and “dharma” of taking care of her parents during their old age.

All is not lost. There is still time to make amends. Let us do our best for our parents who made us what we are today. Let us make a pledge to return a little bit of their unconditional love.

We owe our good life to that hand which once held us and made us walk, run and made us feel strong. Hold one finger from that hand and walk with them ― just like they walked with you, with your little finger in their firm grip.

Harish Motwani is the CEO of Evolve Brands, a leading loyalty consulting company. He is also on the Board of two other start-ups ― an emerging FMCG company and a non-profit, Joy Story Foundation, both of these which he co-founded. He is a passionate marketer and strategy consultant by profession and lives in New Delhi.