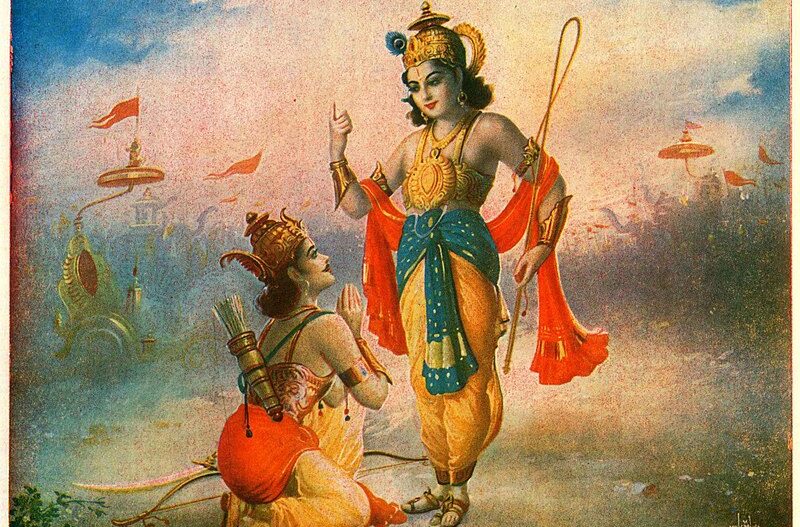 Our life is a result of our actions in our past lives, but fate and destiny play important roles, says DR SANJAY TEOTIA

Although karma is supreme, fate plays an equally important role in one’s life. Karma means only good deeds. Bad deeds can never be considered as karma. Karma means action, work or deed. It also refers to the principle of causality where the intent and actions of an individual influence the future of that person. Good intent and good deed contribute to good karma and future happiness, while bad intent and bad deed contribute to bad karma and future suffering.

Always try to perform good deeds; if you cannot do this, then at least try to avoid bad deeds as far as possible. Karma is more or less responsible for fate. If your fate is good, than you can even achieve more with less karma. It is said that a person can’t change his destiny because this depends on karma of a previous life. In the Bhagavad Gita, Lord Krishna teaches the importance of karma to Arjun and reiterates that he must always do selfless karma or actions without worrying about the results. Leave the results to God, he tells Arjun. If you will do good or right karma, then the result will be good.

Karmayoga or the discipline of action is a form of yoga based on the teachings of the Bhagavad Gita. Of the four paths of realisation, karma yoga is the process of achieving perfection in action. Karma yoga is derived from leading a spiritual life and is also described as yoga of selfless service.

At the time of the Mahabharata, Lord Krishna would sometimes foretell the result of the war to Arjun and Draupadi. He would tell them who would live and who would be killed in war. He instructed Arjun to perform his karma and told him that the result of war is predetermined according to the karma and destiny of every individual.

From the Buddhist point of view, the relationship between a single action and its result is dependent upon an infinite number of subsidiary causes and conditions. Thus, the ability to precisely predict the result for any single action is considered to be beyond the comprehension of ordinary beings. The Jain theory seeks to explain the karmic process by specifying the various causes of karmic influx and bondage, placing equal emphasis on deeds and on the intentions behind those deeds. Sikhism believes that everything happens according to Hukam or Supreme Command. A person can do action only after thinking. The action which happened practically is actually part of Hukam, whether good or bad in the eyes of other people.

Fate is the development of events outside a person’s control, and is often regarded as predetermined by a supernatural power. The doctrine of karma plays a pivotal role in deciding the fate of everyone. God has set us free to do karma and our destiny depends on it. Destiny is all powerful and it is difficult to evade the consequences of our past actions. The Hindu religion believes Brahma is the God who writes everyone’s fortunes based on deeds in previous births. A person’s destiny is fashioned by his actions so that each action that one performs will have an effect on our future, and each thing that happens to us is the result of something we have done in the past.

Our destiny determines who we are, what we feel, and what we will achieve. Everything occurs as per our destiny and karma plays an important role in a person’s life.