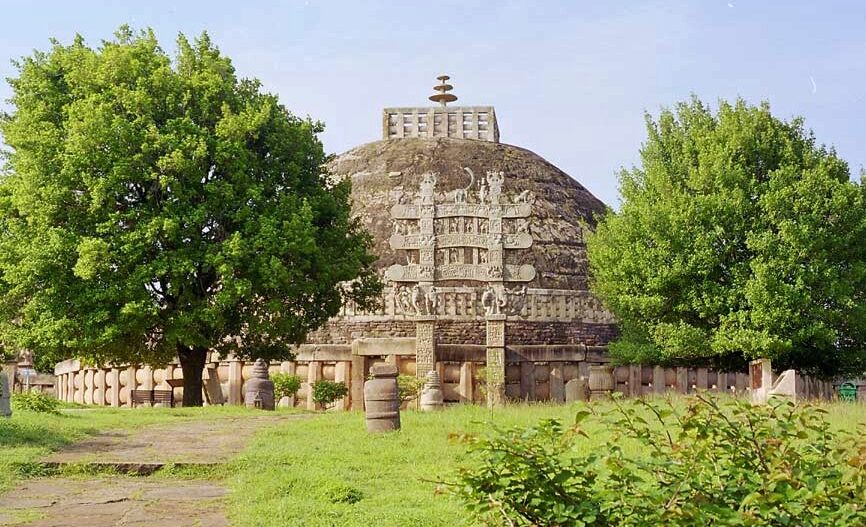 The spirit of enquiry based on a deep pursuit of Truth is what made our ancient Indian civilisation prosper. Let us not build modern India on a pursuit of materialism but allow high technology to be guided by spirituality to produce sustainable development and happiness in modern India, urges ANIL K RAJVANSHI

India has produced some of the greatest spiritual thought of mankind. Ancient spiritual thought was very scientific in nature and based on a deep inquiry of Truth. The Upanishads, Patanjali Yoga Sutras, Bhagavad Gita are all part of that great tradition. The ritualistic tradition of Hindu religion came later on when the spirit of inquiry degenerated. This degeneration of thought, however, provided an impetus for rejuvenation of India by creation of new thinking in the form of Buddhism, Jainism and Sikhism. It was as if the old spiritual thought was washed and made clean by these new developments.

The degeneration of great thought took place when rulers started controlling people. Spiritual thought got converted into religion which allowed the rulers to control people and resources and the rituals and associated systems of religion helped increase this control.

Throughout the history of mankind, all “isms” are used to control population, whether it is religions or a system of governance. The authors of new thoughts did not control. Their followers used their ideas to create these “isms” for control. They put fear either by physical or mental means. In the present scenario, the fear of the pandemic also came in very handy to a lot of dictators and rulers to control the population. This fear creation, whether real or fake by rulers throughout history helps them to divide and rule.

By nature, a very powerful brain will always seek the truth. The ultimate truth is beyond caste, creed, colour, or country. Old rishis who developed India’s great spiritual thoughts were people endowed with very powerful brains who lived in a rich and beautiful country like India. Once their basic needs were satisfied, their minds soared to understand the universal truths. Thus people like Patanjali, and the authors of the Upanishads and the Gita were seekers of Truth.

Ancient Indian spiritual thought always encouraged the spirit of enquiry. The guru guided the disciple by pointing to the goal; the disciple then followed it based on his degree of application. There was no control exercised, just the guidance. It is this spirit of enquiry and seeking truth that is presently missing in our society. Somehow, it has to be inculcated in our children and among young adults.

India has always progressed economically, culturally, and emotionally when it pursued the path of spirituality and in its search of Truth.

Thus, it can be conjectured that the general prosperity in ancient India followed after new spiritual thoughts came. The Mauryan empire, especially Ashoka, followed after Buddha; the Harshvardhan empire was inspired by Adi Shankaracharya; the Chola dynasty and the rise of the great Hindu kingdoms of Southeast Asia including Angor Wat, came after the time of Sage Ramanuja.l

This inspiration is visible in the wonderful architecture of the temples. I have always wondered about what forces shaped the lives of the workers who made the temples which took so many years to make – some even more than hundred years. It was not simply a paid job that these workers had, but a part of great thought and a mission which inspired and guided them. This made them proud of their creation and allowed the flow of high quality craftsmanship.

In the recent past, the NASA space programme  followed this process. More than building rockets, it was the desire to win the space race against the Russians and a greater desire to conquer space, the next frontier, that drove a lot of people to do wonderful work in NASA.

I feel that the great thought of Mahatma Gandhi towards non-violence and adherence to truth, which fired the whole of India to win independence, would have helped produce great economic activity in the country if we had not followed the socialism route. After all, Gandhiji inspired industrialists like Birla, Tata, Bajaj and others to help in the Independence movement and contribute to nation-building and I am sure they and other industrialists would have continued with even greater vigour in this task if they had been allowed the freedom to do so.

Similarly, the desire in each Indian to help build newly independent India of that time was very strong and when that desire did not get a proper outlet in the socialist structure, then the enthusiasm slowly faded.

This can have some lessons for the present dispensation. Instead of following the unsustainable growth example of the US and China which is based on extreme greed and a very materialistic outlook, we should follow our great philosophical and spiritual tradition and give the world a new direction of development based on the mantra of “high technology guided by spirituality can produce sustainable development and happiness”.

This article by Dr Anil K Rajvanshi was published in Thrive Global in October 2021. It has been edited for publication in YoursPositively.

You can contact the author at anilrajvanshi50@gmail.com or learn more about him at https://nariphaltan.org

Anil Rajvanshi is an IIT Kanpur graduate. After getting his Doctorate in Mechanical Engineering from USA he came back to rural India to run a rural NGO, Nimbkar Agricultural Research Institute, in Western Maharashtra. Besides his technology work he is also interested in spirituality and likes to be called a spiritual engineer.