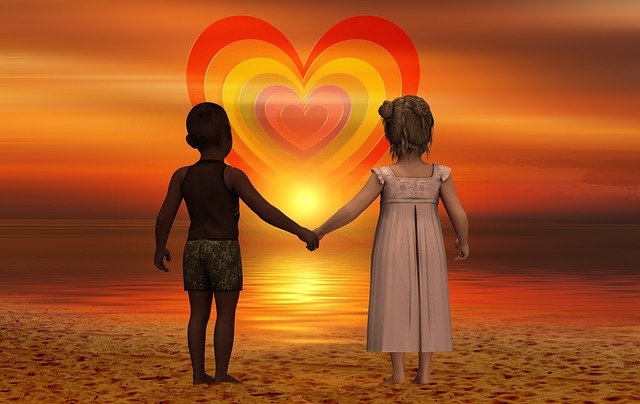 There’s an underlying unity between the different-seeming religions, between science and religion, and between diverse cultures, says SWAMI KRIYANANDA

There are new understandings welling up in society, based on the scientific discovery that matter is not solid but is actually a vibration of energy.

This is such a revolutionary way of looking at things that we’ve come to a critical juncture in our thinking. A tension exists between old perspectives, which saw matter only as solid form, and new views, which see the world as waves of energy.

One expression of the old view is the thought that we are all separate from each other. In our age, disunity is becoming stronger and stronger. People all over the world are thinking in terms of divisions — countries are breaking off from other countries or attacking them; races are affirming their differences; there is opposition among religions, with many saying “mine is the only way.”

Yet there’s a new world view coming to the fore, which Paramhansa Yogananda came to help bring — a view of the underlying unity of all people, and all things, based on the inner realisation that we are all one with God.

Yogananda’s vision of the unity of all things didn’t come from putting two unlike things together. It came from recognising that underneath each wave which seems so different, there is the one great ocean of consciousness.

From that inner realisation, Yogananda brought a new understanding of the underlying unity between the different-seeming religions, between science and religion, and between cultures that seemed so diverse as to be forever incompatible with one another.

In that spirit, he urged people to build “world brotherhood colonies.” He envisioned these as places where people would come together to help each other, and to work in cooperation — not competition.

This spirit of universal friendship is something that Yogananda manifested throughout his life. He would show tenderness toward a complete stranger, because he lived in the consciousness of seeing God in all beings.

On at least two occasions, hold-up men accosted him with guns. By looking at these men with God’s love, and seeing them as his own, he completely changed their lives.

There was also a time when a hungry tiger confronted him in the jungles. Yogananda saw God in the tiger and looked at it with divine love. Rather than springing on him, the tiger rolled on the ground and Yogananda scratched its belly as though it were a pussycat.

In our limited view, we look at things from the outside, which is like looking at the spokes of a wheel from the rim. All the spokes appear to be separate, but when you look at them from the centre, you see that they all radiate outward from the hub and are integral parts of it. That hub is God, and the spokes are everyone and everything in His vast creation.

The more we can learn to see life as a flow of unity, the more we’ll be able to find what we’re all looking for: happiness, love, and inner peace. Yogananda came to bring this vision of unity to everyone — a vision that he manifested in his words, in his teachings, and in the example that he set for all of us.