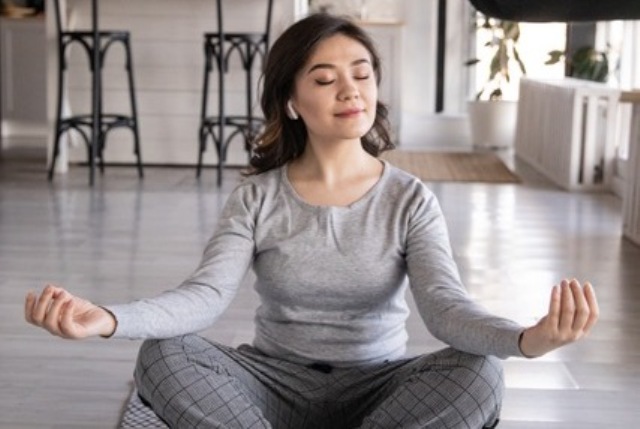 The soul is an internal energy that is invisible and is a part of God. The soul migrates from one plane to another, sometimes to the upper plane and sometimes to the lower one and migrates from one world to another; in other words, sometimes the soul migrates to the spiritual world and sometimes to the material world. The doctrine of the transmigration of souls tells us that the same soul inhabits in succession, the bodies of different species — from amoeba to human beings. In the material world, the soul requires a shell or cover in the form of the body to exist. No existence of the soul is possible without the body; it may exist as a spirit.

The soul migrates from one plane to another and from one world to another till it gets moksha and becomes free from the cycle of birth and death. Souls of persons are also present in the material world in the form of spirits who have had an untimely death due to accident or an incurable disease or some form of unnatural death. The soul is present in the form of a spirit till it takes birth again or gets a new body.

Transmigration of the soul depends on your karma or deeds. If you want your soul to migrate to the upper plane, you should perform good karmas or deeds. According to the Bhagavad Gita, good karmas are actions in accordance with the higher laws of nature or the Vedic scriptures and help one to reach the higher plane after leaving the body. Good deeds include actions such as giving away your wealth to the needy, helping such people, and exercising compassion for all living beings.

Lord Krishna says to Arjun in the Bhagavad Gita that in every yuga, we were present and will remain in every future yuga. Lord Krishna tells Arjun: “You do not remember your previous births, but I remember them all.” According to Hinduism, our unfulfilled desires are primarily responsible for our rebirth. Buddhist philosophy says there is nothing like transmigration of soul, and that the entire process of change from one life to another is called becoming again. The entire universal process of beings, being reborn again and again is called wandering about. As per Islam, the Almighty generates the beings and sends them back again and again till they return to him. Allah who made you to live again after death, will make you dead again and then alive again till you finally return to him.

Jainism says that when a being dies, the soul goes to its next body instantly. When the being becomes free from all karmas, it travels to the Supreme God, the highest level of consciousness where it lives with other liberated souls. As per the Sikh religion, a person’s soul may be reborn many times as a human or an animal; death is not the end. The Guru Granth Sahib says the body is just clothing for the soul and is discarded at death.

Most religions, however, believe that transmigration of souls in different planes occurs according to our karma. The soul is eternal and ever-existing and can never be killed. If the soul can be killed, then the universe can never exist.

Birth and death are simply transmigrations of the soul from one body to another. The belief is that the soul can transmigrate from one species to another. The soul of a spiritual person leaves the body peacefully and without pain, without grief and sadness, in the form of saintly death. In contrast, the soul of a materialistic person leaves the body after suffering and pain usually after a long-standing chronic illness, after a period of grief such as facing the death of a near and dear one or after encountering sadness and loneliness.

Sometimes, the question arises that when we have not ever seen the soul, then how can we believe in its existence and how can we can say that the soul is a type of divine energy? This is easy to explain. Just as we cannot see other forms of energy such as electrical or mechanical energy, but we still believe in them, similarly, the soul is invisible, but we have to believe that when the soul leaves the body after death, it means the energy has left the body. When the energy leaves the body, it begins to decompose and decaying of the body begins. Till the soul or energy is present in the body, there will be no decaying of the body.

To ensure that we migrate our soul to a higher plane, we can consciously work on developing angel-like qualities such as love, affection and compassion because such qualities will liberate and detach us from the materialistic world. Devil-like qualities such as anger, greed, violence, hatred and lust bind a person to the materialistic world, instead. In other words, angelic qualities carry a person near to God while devilish qualities take him or her away from God.

Follow basic human concepts like hope, faith, belief, religion and spirituality for transmigration of the soul in the upper plane or in the spiritual world. Wandering or migration is the basic nature of the soul till it gets moksha. It more or less depends on you in which plane your soul will migrate. You can get enlightenment with the help of good karmas and spirituality. It is in your hands to seek enlightenment, a precondition of moksha. Once the soul merges in God or becomes a part of God and the soul become stable, there will be no migration and no more life and death.

The ultimate aim of every human being or jeev atma is to obtain moksha and be a part of Parmatma or God.