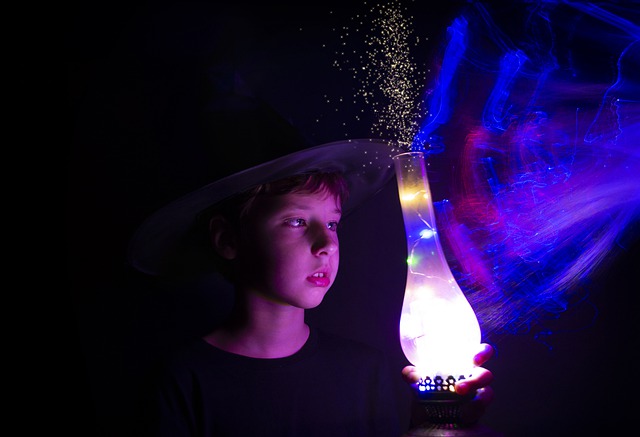 The true light is within you; but if you want this light and love to continue to burn within you, you must give them away to others, says NAYASWAMI JYOTISH

There was a young boy who lived in a small village. One night he woke up screaming, and when his parents rushed in to see what was wrong, the trembling boy said, “I was in the forest at the edge of the village just as it was starting to get dark. A huge tiger came out of the trees and began stalking me. As he came closer and closer, all I could see were his yellow eyes, so I screamed to frighten him away, and then you woke me up.”

The parents reassured him that it was only a nightmare, and that there was no real tiger. But the next night the boy had the same dream and again woke up screaming. This continued every night for a week. The parents, now at their wits’ end, took the boy to see their guru. The wise guru, hearing the boy’s dream, didn’t belittle him or tell him not to be frightened.

The guru said, “You are remembering a past life when this tiger was real. But in this life he is only a memory.” He told the parents, “Each night fill a lamp with oil and place it in his room.” To the boy he said, “The tiger won’t come as long as the light is burning.” After that, the scary dream stopped and never returned.

Although the nightmares stopped, the boy still had many fears. He was afraid of the dark, afraid of being left alone in the house, and fearful of strangers. He and his parents visited the guru as often as possible and, through his support, the fears gradually faded. But the boy still kept his lamp burning throughout the night, lest the fearful tiger return.

As the boy grew into a man, he was less fearful, but he was very shy. He learned to cope with this by staying alone most of the time and starting his own business, making artistic lamps.

As often as he could, he visited the guru, who became his anchor and support through all the storms of life, and practiced his techniques. Inevitably, as time passed, the wise teacher grew old. Then, during a cold winter night, the dreaded word came that the guru’s end was near. The mature man, still a little boy in front of his guru, knelt at his feet sobbing.

The guru lifted him up and embraced him gently. Very softly he said, “I have loved you as my very own son. We have been together in many past lives and our love will draw us together again.”

“But how can I carry on without you?” the man moaned.

The guru said, “Let me tell you a secret. You have never needed the lamp. I gave it to you as a crutch to help you overcome your fears. The true light is within you.” Then the guru touched him at his spiritual eye, and the blaze of light in his forehead was like the sun.

“You have never truly required my support or counsel, but I gave them freely because you needed to feel my love, so that your own could grow within you.” Then he touched him over the heart and an immeasurable love blossomed within his chest.

“Let me now tell you a final truth. If you want this light and love to continue to burn within you, you must give them away to others. Find those who are frightened and give them light. Find someone who is troubled and surround them with your comfort. The more you give these away, the stronger and purer they will become.”

The next day at the ceremony for the guru’s passing, all were weeping but one. One of them — formerly shy and afraid  — moved from person to person, embracing each one in turn and easing their pain. And as they looked into his eyes, it seemed to them that they were seeing only the eyes of their guru, only the rays of Divine Mother’s love.

Nayaswami Jyotish is spiritual director of Ananda Sangha Worldwide, together with Nayaswami Devi. Ananda Sangha was founded in 1968 by a direct disciple of Paramhansa Yoganandaji, Swami Kriyananda.