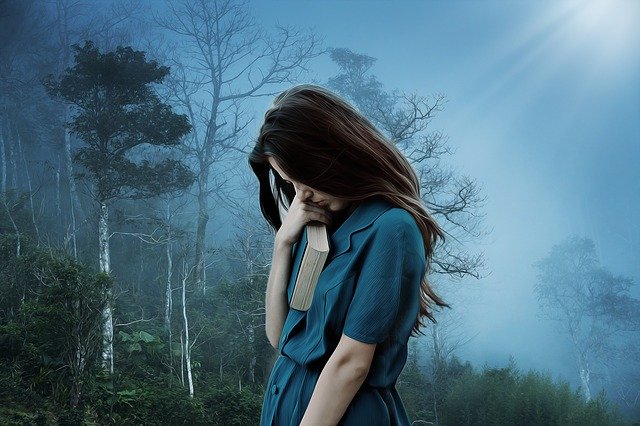 How will one describe a depressed person? Would you say that such people have lost their will to live and now shun all the activities they once enjoyed? The family of a depressed person usually describes the sufferer as a person who is listless, follows no set routine, and often remains confined to a gloomy, curtained room, sleeping through the day. Or the person could be hyperactive, indecisive, angry and restless, talking irrelevant things. Depressed people can be driven by emotions as wide-ranging as  anger, jealousy, envy, sadness or despair, and yet they, themselves, can rarely point out the reason for their negative emotions or moods.

Whether the cause is biological, psychological, socio-economic or cultural, the point is that depression is treatable. Much depends on the immediate family; someone can surely reach out to the depressed person and help.

In 2017, WHO focused on the malady of depression to raise worldwide awareness. They said that within a few years, one out of every five people will be suffering from depression.

Reading about Sushant Singh Rajput’s sudden suicide today makes one think that in today’s stressful world, no one really knows how many people are depressed. Now more than ever, we need to uplift our spirits by engaging in positive pursuits and give meaning to our life.

Depression can afflict anyone, across social circles and generations. Your old grandmother may be suffering from it, feeling immensely lonely in a house that is otherwise bustling with many people going about their daily business, but who have no time for the old lady. Or it can afflict seemingly successful actors such as Sushant Singh Rajput. Initial reports are that he had been suffering from depression since the past six months. Some years ago, Deepika Padukone had openly declared that she had sought psychiatric help for her bouts of depression.

The challenge, for people around such a person is to be aware of the symptoms, recognise them and ensure that such a person gets timely help.

Depression has also begun to afflict young children who are still in their teens. It could be peer pressure or their inability to cope with their studies that drives them to withdraw from life. A cure that WHO advocates as do other health and wellness professionals is a daily dose of physical activity to keep the mind healthy. Physical activity generates endorphins, feel-good hormones that help youngsters to cope with hormonal and psychological changes. These help us cope with stress, which, if left untreated, could lead to depression.

WHO guidelines recommends an hour of physical activity for children up to 17 years every day and at least 150 minutes of activity every week for those in the 18 to 64-year age group.

During the 2017 campaign on depression, WHO released a series of posters on the theme, “Let’s Talk”. The posters emphasised the role of friends, relatives, elders and teachers in the life of a depressed person. A depressed person feels better when someone is around; they want someone to listen. That act of listening, without judging, is often enough to pep them up and help them take charge of their life.

Two more actions are suggested by mental health professionals: writing a daily journal to get things off your chest and putting together a daily gratitude list in which you list what you must be thankful for. Everyone feels blessed recording such a list.

Depression is like a horrible and sinister black brute that takes fiendish delight in putting and pulling you down at every step to sap at your confidence levels till it immobilises your spirit. The depressed person must understand what depression results in. Once he understands that, his self-survival instincts will pull him or her through. Such people learn to start taming this brute, bit by bit, till they can regain control of their lives.

Start with a walk, jog or run or any other physical activity, and you will find that you will start feeling better, especially among nature. Next, take up simple breathing exercises, before you experiment with actual meditation.

It is easy for people to tell a depressed person to take up meditation, but sometimes, they are so disturbed and their mind so restless that even sitting still for a minute or two is not possible.

Telling a depressed person that ‘it’s all in your head’ or ‘you must be a man’, is never the right thing to say. Depression is an illness, not just a sign of weakness as most people think and our motivational strategies to help a person cope with depression should stem from that knowledge.

Spiritual organisations say chanting helps. They recommend that a practice of meditation, chanting, pranayama and yoga helps in curing depression. Meditation releases chemicals that balance the brain, and studies by Dalai Lama’s Mind and Life Institute prove this.

Meditation leads to lasting peace, it quietens the restless chatter in the mind. Art of Living (AOL) has published studies on the significant relief from depression that practitioners of their Sudarshan Kriya and pranayama techniques experience. These are medical studies done in consultation with All India Institute of Medical Sciences (AIIMS). Their research shows an almost 70 per cent relief rate in depression within four to six weeks of practising the kriya. Happiness workshops by AOL teachers are available in most cities in India and other countries.

Surfing constantly on the internet on mobiles, tablets and laptops has made an entire generation shun physical recreational sports and avoid real time interaction with others. With conscious effort and focus on living in the present rather than in a virtual world, we can get back to a healthier, happier lifestyle.