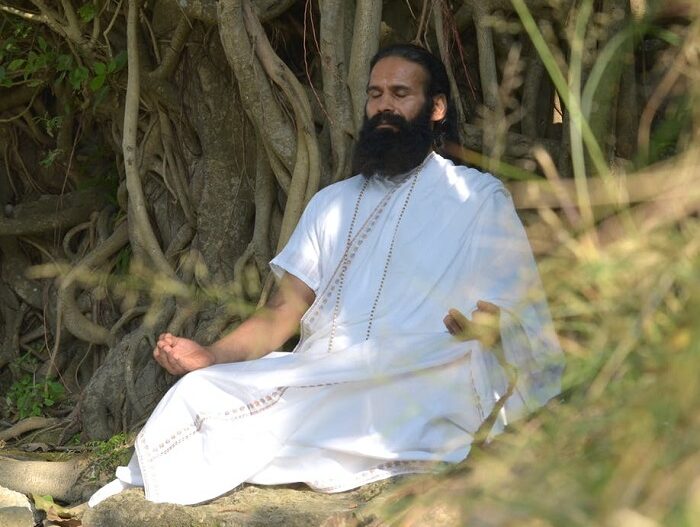 Analysing the essence of chapter 3 of the Bhagavad Gita, NITA AGARWAL, says that when we perform all actions without any fear of the fruits, with a meditative state of mind, in complete surrender to Bhagwan Krishna, we can perform our duties without any karmic reaction, thus becoming mere instruments of God; in effect, actionless in action

After explaining to Arjun the benefits of being established in self-knowledge, which leads to eternal bliss, Bhagwan Krishna advises him to follow his dharma, which means as a warrior, he must fight the war against the unfair Kauravas. Confused, Arjun appeals to the Lord to advise what is best for him.

Karma is natural and a must for every being. In this universe, all the five natural elements (akash, agni, vayu, jal and prithvi) work in the spirit of yagna or sacrifice to create an environment for this universe to become alive, thrive and prosper. This was the spirit of creation by Brahman.

All the organs of the body, the mind and the intellect are constantly working to keep a person alive and functional, always, even while asleep. We subsist on food that comes from rain and rain comes from the yagna ― the spirit of sacrifice.

Actions performed with the spirit of sacrifice are free from bondage and needs. Those who enjoy the bounties of nature without sharing with others are nothing but thieves.

If a person who has renounced the world finds that his mind and senses are still attracted by desires, then his renunciation is pretentious. One cannot become actionless merely by renouncing action. In fact, the path of action is a means to the path of knowledge that leads to self-realisation.

Even great self-realised sages like King Janak had to fulfil their dharma as king.  Though Bhagwan Krishna, an avatar, had no obligation to perform any duty, yet He performed His karma after being born as a mortal human being. On the battle field of Kurukshetra, He served as Arjun’s charioteer and as his friend, He advised him to follow his dharma by explaining to him the importance of karma.

Swami Chinmayananda says, “Dharma essentially means the Law of being” of anything in the world. That which determines one man’s personality is distinctly different from another’s is the texture of his core thoughts, which in turn is determined by the pattern of thinking (vasanas), which his mind has gained from its own past.

Thus dharma should be conceived here as the vasanas in our mind, for no other explanation will be correct since the very discussion now is upon mental control. The word “duty”  is, in this special sense, to be understood as vasanas.

Therefore swadharma is essentially inborn natural personality or swabhav and not anything to do with caste due to accident of birth. One must follow one’s own nature rather than imitate someone else’s personality, for then contradictions would arise within, leading to confusion like we see in the case of Arjun, who though a trained warrior is talking about the sins of fighting a war.

Most of us are guided by our likes, dislikes and attachments while performing any action. We are born with all three gunas or tendencies ― sattvic, rajasic and tamasic ― but one of them is more dominant and that defines our core personality.

The dominant guna is that which compels one to act in a certain way. If one represses one’s own nature, then one lives a life of pretence. Therefore, it is important for us to understand our own nature and act accordingly.

Wise men act without attachment and keep the welfare of others in mind, while ignorant ones act out of attachment to objects they desire and the compulsion to possess them.

A wise person who performs all karma by surrendering his ego and attachment to the fruits of karma at the lotus feet of the Lord is freed from the vasanas that accrue from karma. He is no longer bound to the consequences of karma as he gives up the feeling of karta or doership. Such a person believes that he is just a nimit or  instrument to carry out God’s will.

Though it’s not easy to break free of vasanas and their cycles, we must endeavour to transform inherent vasanas by understanding how they function. Senses that dwell in the world of objects constantly sprout desires in our mind. Desires lead to thoughts that prompt the mind to act as guided by one’s own intellect. Our vasanas influence our desires.

Knowing that desires are the root cause of errors being committed by humans, we need to understand the type of desires plaguing mankind. Desires can be sattvic (desire for moksha, to serve others), rajasic (desires arising from the need to survive) and tamasic (desires driven by greed, jealousy or hatred).

Tamasic desire is like the baby in the embryo that takes a long time to break free. Rajasic desires are like the dust on the mirror, which can be cleaned if one becomes aware and action is performed carefully with complete surrender. Sattvic desire is like a fire covered with smoke; it is pure but still clouds the mind like smoke.

To kill the desires, it is imperative for us to believe in the superiority of the Atman and wise with this knowledge, keep the senses, the mind and the intellect in control. If the senses are subdued, then desires will no longer rule the mind.

It is written in the Bhagavad Gita, verse 30 of chapter 3:

It means, perform all actions without any fear of the fruit of action, (not focusing on the future) without selfishness or greed (actions guided by higher purpose); and complete surrender to Bhagwan Krishna with a meditative state of mind.

In this state of mind, we can perform our duties diligently without any karmic reaction. We then become mere “nimit matra/instrument of action” ― in effect, actionless in action.

Note from the author: This article is based on a commentary on the Holy Geeta by Swami Chinmayananda and discussions during study classes run by Swamiji’s followers that I attended.