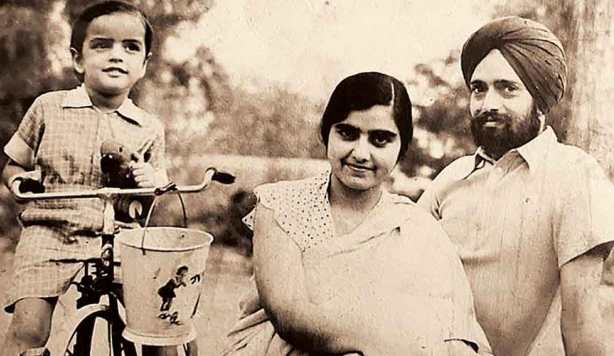 As we celebrate Mother’s Day today, I would like to dedicate this day to single mothers, who bravely and efficiently bring up their children single-handedly without a husband by their side, says OSWALD PEREIRA

She became a war widow at the age of 26. After mourning for a while at her irreparable loss, she bravely picked up the pieces and started a new life of challenges ― raising two children, including a son, seven years old and a daughter barely six months of age.

That was the year 1944, a couple of months before the Second World War ended. Working women were not looked upon very favourably in those days; especially those at the wheels of an automobile. She shattered both barriers.

She left behind the tragedy in her life, delving deep into social service, which later transformed into a managerial position. She later rose to the top position in her organisation. When she retired in the late seventies, it was as director of the organisation ― Central Cottage Industries Emporium. She had spent a lifetime working with cooperatives and handicrafts and became a well-known name in her field.

Her two children also did very well in life. The son was a director in a top multinational company, an IIT topper, and her daughter ran her own publication and another home enterprise of ethnic products. Both her children were happily married to well-placed spouses ― the daughter to a diplomat and the son to an educationist, who later became a school principal.

When, in the eighties, I met this brave woman, Teji Vir Singh, I struck an instant rapport with her. She was my wife’s Masi (aunt). Soon she was Masiji to me, too. But more than Masiji, she was a friend and an inspiration. We chatted daily over the phone, for at least 30 to 40 minutes, on topics ranging from relationships to art and politics.

She continued her driving after her retirement, well past her seventies. She loved to pay us surprise visits at our home. On one occasion, I remember her ringing the doorbell to our flat, on a surprise visit, sweating profusely. Her car, a camel-coloured Maruti-800 had broken down and she had deposited it in a garage near our home, then in Delhi. She had by then already touched eighty years of age.

When she passed away in her mid-eighties, I felt a deep void within. But in keeping with her spirit, I didn’t mourn her death. But celebrated it as the transition of Light to a higher plane to keep inspiring us all here on how to be brave at all times ― more importantly on the joy and courage of being a single mother and a successful one at that.

As we celebrate Mother’s Day today, I would like to dedicate this day to single mothers like Teji Vir Singh, who bravely and efficiently bring up their children single-handedly, in keeping with life’s destiny.