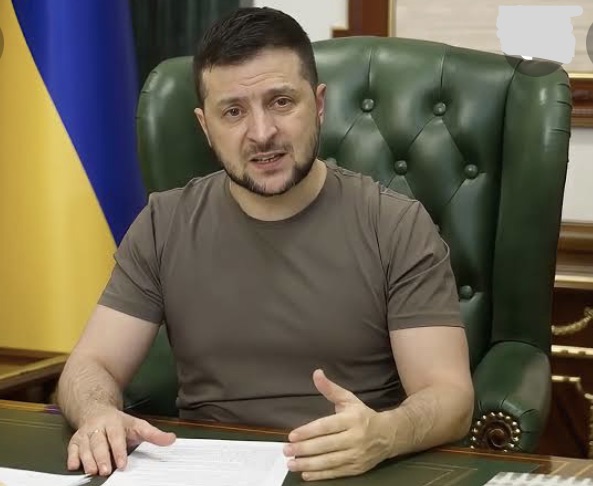 Spanning three seasons, the 51-episode Servant of the People, a political satire, not only kicked Volodymyr Zelenskyy’s career as a comedian and actor up a notch or two, but also provided the basis for his campaign manifesto a year later when he decided to run for the office of the President of Ukraine. As one of its producers and the main protagonist, Zelenskyy, through this popular show, had openly ridiculed the dysfunctional remnants of Soviet era propagandist machinery, promising instead a simpler, efficient, and corruption-free system.

The plot of the show, Servant of the People revolved around a young high-school teacher whose spontaneous outburst against oligarchy, fossilized social and political structures and rampant red tapeism, is caught on a phone camera and released on YouTube. This candid paroxysm becomes an instant hit, throwing the young professor into the national arena and eventually to Hrushevsky Street, Kyiv, as the youngest President of Ukraine. Through this charming series, by formulating and mouthing the struggles as well as the political aspirations of the common man, Zelenskyy had already succeeded in amassing a loyal audience.

On March 31, 2018, he started his own political party naming it Servants of the People. While the series’ hopeful message helped serve as the party’s rescript of election promises, Zelenskyy’s long association with showbiz also came in handy, aiding him to build an intimate rapport with his target audience and command their attention.

The show, either consciously or inadvertently, became a precursor to reality, as Zelenskyy went on to win the elections with an overwhelming majority in 2019. His charisma and youthfulness, like that of Barack Obama, played in his favour in a world which so far had been largely dominated by ex-stalwarts of the Soviet communist era.

After his explosive foray into politics which found him at centre-stage, he soon began to follow the authoritarian footsteps of his predecessors. The candidate who had won by a 70 per cent-plus majority, sunk to a low of 25 per cent in a popularity poll in 2021.

The recent Russia-Ukraine war however, provided the President an opportunity not only to return to his legendary showmanship, but also steal the limelight at global level. In a world plagued by disillusionment and long suffering from the lacuna of visionary leadership, Volodymyr Zelenskyy has become a household name. Here is a man at last: a man of courage and principles, refusing to relinquish his nation’s sovereignty to the brutish force of its tyrant superpower neighbour.

At 44, he is 35 years younger than his American counterpart. Moreover, his rugged appeal has put him at an advantage over other politicians, contributing further to the new Zelenskyy cult. Add to his stardom looks the raw material for fanning fantasies and this too has won him admirers the world over. Want cuddly Zelenskyy? Look up his voiceover for the Paddington Bear film. Patriotic Zelenskyy? Listen to his defiant wartime speeches. Hip-shaking Zelenskyy? Check out his swanky moves on the Ukrainian version of Dancing with the Stars. And oh, if you have the hots for him, there’s even a bare-chested Zelenskyy getting the vaccine.

He may not be your Gandhi, Mandela, Sadat or Kennedy, but he sure is a showman with a well-oiled PR machine behind him. His famous “I need ammunition, not a ride” has become one of the most quotable quotes of the month. The garment industry can’t churn out enough Zelenskyy t-shirts to cope with their rising sales. And despite much resistance on its part, Netflix was forced to bring back Servant of the People, by popular demand from its consumer base in U.S. with English subtitles.

Every day, one is now confronted with heart-breaking live footage of a country at war; shelled buildings, supermarkets sporting empty shelves, frightened families hiding in the basement, more than two million people rendered refugees, now scrambling to cross over to neighbouring countries. But the ‘show‘ must go on.

“My name is Ozymandias, King of Kings;

Look at my Works ye Mighty, and despair”

Editorial note: This is a quote from Shelley’s poem, Ozymandias. The message is that political power is not destined to last.