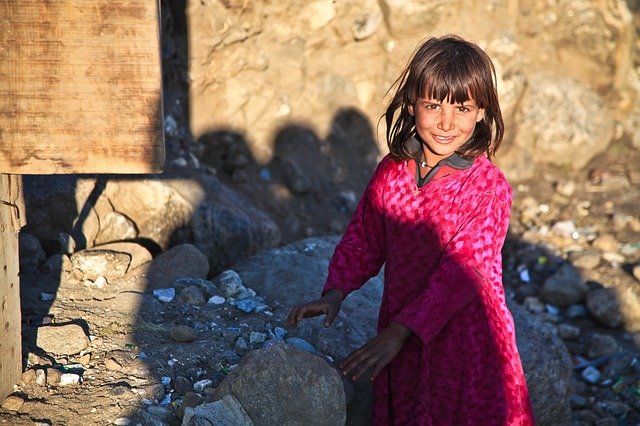 Despite the fact that since the seventh century, the sultanate of Afghanistan kept invading and mindlessly plundering India, an unfortunate pattern which continued well into the nineteenth century, post-Independence India has been able to disregard the past and forge ahead in a cultural and trade relationship with Afghanistan, and one that goes beyond the ostensible. So much so that even the new Parliament House in Kabul is India’s contribution toward the country’s reconstruction efforts, along with crucial road building projects and clean water initiatives. By being an active participant in Afghanistan’s foray into modernity, India has proven itself to be its true friend and ally.

My first introduction to Afghanistan came in the form of a short story called Kabuliwala. It was part of my third grade Hindi text book. A translation from the original Bengali, penned by Rabindranath Tagore, the tale of Kabuliwala revolves around the touching relationship between five-year-old  Mini and a dry fruit vendor from Kabul.

Through Kabuliwala, the kids of our generation imbibed their first few facts about Afghanistan and its people. First, Afghanistan is rich in dry fruits, and its people are family-oriented, honest, hard-working, true to their word, but somewhat hot-blooded. The pathan suit, reminiscent of the people of that region became all a rage with adolescents in North India, and people wear it to this day.

One proverb in Hindi goes as follows: जो सुख चुभारे, न बल्ख न बुखारे। meaning the comfort found in the simple surroundings of one’s home cannot be equalled even by the extravagant magnificence of Balkh or Bukhara. Once upon a time, not so long ago, Balkh, an ancient city in northern Afghanistan (and Bukhara in Uzbekistan) was not only a thriving trade centre but also reputed for its brilliant architecture. Even Marco Polo described it as a “noble and great city”. So iconic was its fame, that it effortlessly slipped into the local jargon of the people of North India, thus becoming a part of their subconscious memory.

Interestingly, the legendary character of Gandhari from the epic Mahabharata, hailed from Gandhar, which is apparently the same as present-day Kandahar, the second largest city in Afghanistan. Millennia later, this very place would see the fusion of two great civilisations, Indian and Greek, manifesting in the form of Greco-Buddhist art, also known as the Gandhara school. The exquisite paintings of Ajanta and Ellora caves that date back to 2nd century BC bear testimony to this ethereal synthesis of the ancient world’s two highly evolved cultures.

In the eighties, Dharmatma, a Bollywood blockbuster, based loosely on Godfather, brought home the hauntingly rugged natural beauty of Afghanistan…just a young girl then, I fell in love with the enchanting stark landscape and felt an immediate connection to it, as though I had meandered among its hills in a past life, perhaps.

In America, I sought the luxuriousness of Afghan throws: their simple elegance added a touch of informality and sophistication, both at once. I also discovered the subtle flavours of Afghani cuisine in our neighbourhood restaurant, Afghan Kabab Express which soon became our family’s favourite hangout. Its friendly crew and the tantalising aroma of gourmet dishes, such as borani banjan, baked naans, kofta and aushak lured us into its homely atmosphere time and again.

It is, thus, no wonder that the recent developments in Afghanistan, mainly the foreseeable debacle of its puppet government followed by the shameful desertion by its president, and the successive surrender of its well-trained military equipped with state-of-the-art weaponry to the crudely-armed Taliban, has not only taken the global community by surprise, but also affected me at a personal level. I feel disappointed with the west, and with the coalition of 36 NATO nations, overstaying its visit even after the successful completion of the designated mission, under the pretext of nation-building. As Craig Whitlock in his book The Afghanistan Papers points out:

“Soon after the United States and its allies removed the Taliban from power, the mission veered off course and US officials lost sight of their original objectives.”

So, despite pouring in close to a trillion dollars, Afghanistan remains crippled morally, economically, and otherwise. I recall another quote by Hunter S Thompson on the day after 9/11:

We are going to punish somebody for this attack, but just who or what will be blown to smithereens for it is hard to say. Maybe Afghanistan, maybe Pakistan or Iraq, or possibly all three at once. Who knows?

‘Yankee, go home!’ The slogan has resurfaced. The phantom  of Vietnam, Cambodia, and Iraq has resurrected itself to haunt Americans once again. Today, US foreign policy and defence strategists must be wondering what to do with themselves for the next 20 years asking, where to pitch the tent, which people to free from tyrants, and how to make a quick buck in the process? As a couple, living in our neighbourhood, and both working for the U.S. military once said to me, “Just one more stint in Afghanistan or Iraq, and we are all set for life”. Really? At the end of the day, is that what American support to Afghanistan amounted to?

I can only hope and pray that Afghanistan doesn’t lose sight of working towards self-determination. Nobody wants to see the country descend into protracted conflict or revert to the middle ages. Let me also add that the month of August 2021 also marks the 23rd anniversary of the surprise US missile attack on terrorist-related targets in Afghanistan, ordered by the then President Bill Clinton. At that time, pundits, politicians and media had been mistrustful of the attack. Was it genuine concern for the Afghani people or was it the US President’s attempt to deflect attention from the media on the notorious Monica Lewinsky affair?

Photo of American soldiers by Brett Sayles from Pexels