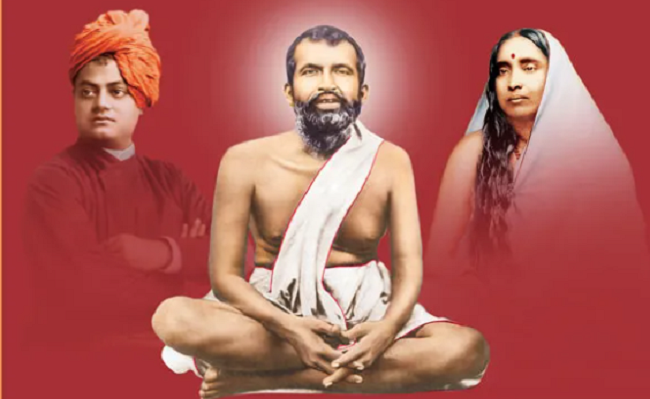 In these times of turbulence and religious intolerance, wouldn’t it be a good idea to learn more about different faiths, if not practice each one of them for a while in rotation, asks OSWALD PEREIRA

By learning more about different faiths, perhaps even practising each one of them for a while in rotation, we may eventually come to believe in a fellowship of all religions, eliminating that feeling of competiveness among different faiths. After all, aren’t all religions merely different paths leading to one universal God?

Sri Ramakrishna had said, “As many faiths, so many paths. Different paths are but different options, but the goal is one and the same.”

He went on to elaborate: “I have practised all religions ― Hinduism, Islam, Christianity ― and I have also followed the paths of different Hindu sects. I have found it is the same God toward whom all are directing their steps, though along different paths.

You must try all beliefs and traverse all the different ways once. Wherever I look, I see men quarrelling in the name of religion ― Hindus, Muslims, Brahmos, Vaishnavas and the rest. But they never reflect that he who is called Krishna is also called Siva and bears the name of the Primal Energy, Jesus, and Allah as well ― the same Rama with a thousand names.”

In their book, Sri Ramakrishna ― The Face of Silence, Swami Nikhilananda and Dhan Gopal Mukherji write that Ramakrishna’s followers included people of all castes and creeds and people from all walks of life.

They write that the disciples “…included Hindus and Brahmos, Vaishnavas and Saktas, educated with university degrees, illiterate, old and young, maharajas and beggars, journalists and artists, pundits and devotees, philosophers and the worldly minded, jnanis and yogis, men of action and men of faith, virtuous women and prostitutes, office-holders and vagabonds, philanthropists and self-seekers, dramatists and drunkards.”

Ramakrishna’s Golden Rule was to “See and serve every living being as the absolute God.”

Sri Ramakrishna’s father Khudiram Chattopâdhyâya had a dream in which Lord Vishnu promised to be born as his son, according to the book, Sri Ramakrishna ― The Face of Silence. It was on February 18, 1836, that the child to be known afterward as Ramakrishna, was born.

Ramakrishna’s disciples, pundits of that time and many others among his contemporaries believed he was an incarnation of God. Ramakrishna himself made light of himself being an incarnation.

Sri Ramakrishna had experienced mahabhava (the most exalted rapture of divine love); a certain sign of the rare manifestation of God in a man.

Considering that Sri Ramakrishna, an incarnation of God (Vishnu), believed that all religions lead to one God, and, to prove his point, practised Hinduism, Islam, and Christianity, shouldn’t we all try to emulate him?