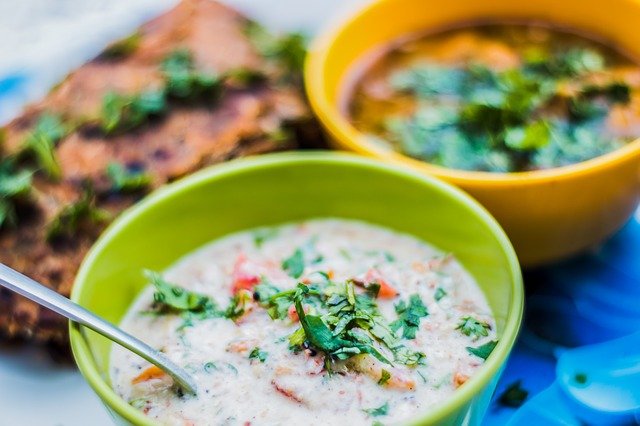 Ayurveda outlines which foods are to be eaten together and which ones cause trouble for your digestive system, says RENU GULATI

Many stomach-related ailments begin with combining the wrong foods that were never meant to be eaten together. Ayurveda believes that proper digestion is closely connected to the strength of the agni or the digestive fire in your body.

According to Ayurveda, every food has its own taste or rasa, a heating or cooling energy (virya), and a post-digestive effect (vipaka). Some also possess prabhava, an unexplained unique effect in the food.

While it is a fact that the individual’s agni largely determines how well or poorly food is digested, food combinations are of great importance, nonetheless.

When two or more foods having different tastes, energy and post-digestive effects are combined, the agni can become overloaded and result in the formation of improperly digested food or ama.

On a prolonged basis, it can lead to toxemia, blood poisoning by a local bacterial infection and disease. The above symptoms are common all through the middle-aged population of most countries. It would seem that a lifetime of eating the wrong foods eventually leads to these problems after some years.

For example, the ever-popular banana milkshake or the practice of eating bananas with milk can diminish the agni, and eventually change the intestinal flora, produce toxins and cause sinus congestion, cold, cough and allergies. Although both these foods have a sweet taste and a cooling energy, their post-digestive effect is different. This is so because bananas are sour, while milk is sweet.

Some factors can lessen the effect of improper food combinations.

A strong digestive fire can be the most powerful tool of all to deal with bad food combinations. Use of spices and herbs are added to food in the Ayurveda style of cooking to help make foods compatible or to ease a powerful effect of a certain kind of food. For instance, cooling coriander is usually added to very spicy food to neutralise its harmful effects.

Here are some examples of wrong food combinations.

Avoid eggs with fruits or for that matter even with cheese, fish, milk, meat and yoghurt.

Fruits must be eaten alone, and the usual recommendation is that you eat your fruits half an hour before your meals or by itself long after breakfast and much before lunch. There are some exceptions to this rule, such as certain cooked combinations or dates and milk. Another example is melons, which should never be eaten with any other food.

Neither should you be eating lemons with cucumbers, milk, tomatoes or yoghurt.

There is even a ban on eating potato, tomato or brinjals with cucumbers and dairy products. It is also not a good idea to eat fruit yoghurts, or combine yoghurt with fish or meat.

If our bodies have become accustomed to a certain food combination through many years of use, such as eating cheese and apples together, then it is likely that our body has made some adaptations or become accustomed to this. This is not to say that we should continue this practice – it is being used here as an example of why some people can digest some kind of food with relative ease, while others react differently.

There are some established antidotes like cardamom in coffee or ghee and black pepper or even rosemary with potatoes that can help relieve some of the negative effects of wrong food combinations. If foods with different and possibly aggravating qualities such as a mixture of vegetables are cooked together in the same pot, the foods tend to learn how to get along. Using appropriate spices and herbs help as outlined earlier in this article.

The best, however, is to limit eating such known bad combinations. That usually does not upset the digestion too much and you will be able to take it in your stride.

Image by Varun Kulkarni from Pixabay