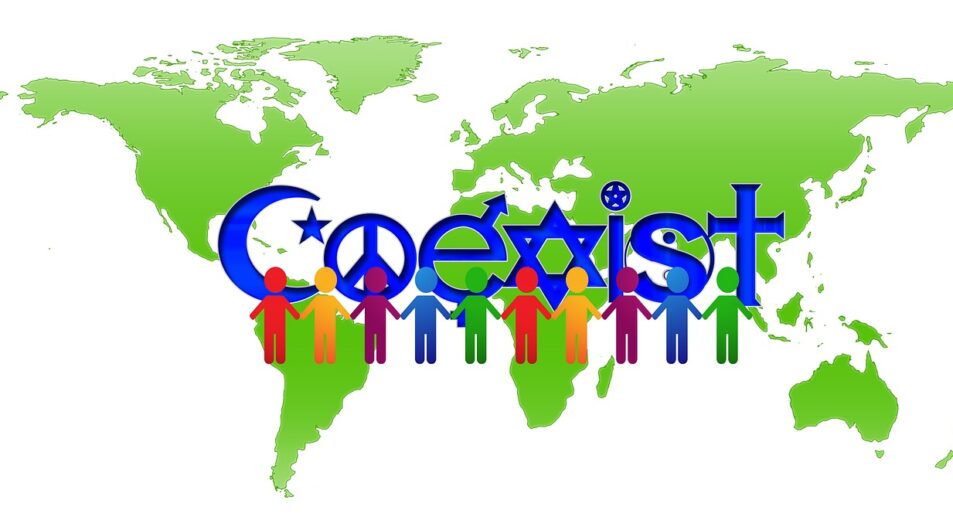 For friction between different religions to end, the concept of religion needs to be regarded not as cast in stone, but something that should be dynamic and responsive to the changing situation on the ground, says KISHOR KULKARNI

Prehistoric man lived in a cave, individually. Over a period of time, many people came together and started living as a community. The concept of organised religion probably evolved out of the need to facilitate peaceful coexistence of people as a community.

Since one of its purposes was to ‘discipline’ people, religion became a code of collective and individual conduct. This religious code was ingrained deeply in the people’s minds by using a carrot and stick approach. In order to enforce the code, the concept of god was introduced, who was an omniscient, omnipotent entity administering a system of reward for following religion and a punishment for transgressing it.

It was natural that the code would be prepared to suit the local community’s needs and the situation on the ground. As different communities grew, multiple religions evolved. There were many differences among the religions, but the common factor among all religions was the idea of god.

With development, people became more mobile and started travelling for different purposes. One of the reasons for travel was trade. But travel for territorial expansion  to satisfy man’s ambition and hunger for power, led to strife and even wars between different communities.

The more powerful communities or conquerors expanded their sphere of influence across many different communities. As one particularly powerful community established its so-called superiority over other communities, with it came the claim that their religion was the only religion that must be followed by all. This led to friction between different religions and this has continued ever since.

Is there any hope that this friction will ever end?

The key to get rid of this friction is for people to realise this ‘history’ of religion, its purpose and why there are differences between religions. People should understand and appreciate the fact that a religion has a history and is specific to a particular geographic region and tailored to suit the particular local conditions and needs.

So people who have moved out of their ‘parent’ region to another should try to understand and appreciate the religion of the new place where they have moved and accordingly mix and match the different aspects of the two different religions ― their religion and the new religion. The local people also should try and reciprocate by adopting certain good practices of the ‘foreign’ religion that may be valid everywhere.

For this to happen, the concept of religion needs to be regarded not as cast in stone, but something that should be dynamic and responding to the changing situation on the ground.  Moreover, the concept of a punishing god needs to be discarded, because that will help people be more flexible in terms of changing religious practices.

This seems easy in today’s times when there are governments administering communities under a system of local laws. So there is no need for religion to ‘discipline’ a community. Now religion can truly be a personal code inside one’s own personal sphere with the single purpose of pursuing fulfilment of the purposes of human life.

I know this sounds utopian, especially if we believe that this is Kali Yug when things are going to go from bad to worse. Even by the law of entropy, disorder has to increase and not decrease!

So, though I would have liked to be optimistic, I can’t bring myself to it! Would mankind prove me wrong? I can only hope and pray.