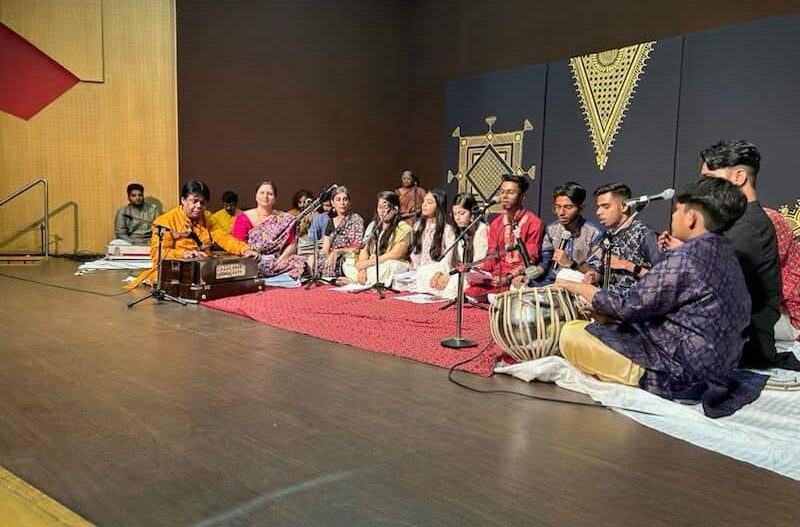 Let us make a pledge on Dussehra today to banish the demon of communal hatred forever and make Ram and all the other avatars that have come down on earth proud of the human race, urges OSWALD PEREIRA

On October 2, Gandhi Jayanti, I attended Gandhi Leela, a music and dance evening where a Hindu-Muslim group of people, with a Muslim as music director, happily sang soul-stirring bhajans and depicted the life of Gandhi. Seated in a front row, I could see the Muslim lead singer’s face radiate with bliss, his eyes moist, as he sang praises of Lord Ram. His accompanying singers, both Hindus and Muslims, exuded ananda or extreme happiness.

The musicians on the mridangam, sarangi, harmonium, santoor, sitar, flute and tabla seemed to be inspired by Divinity as they played flawlessly, enhancing the perfection of the exquisite singing and dancing.

More than a musical and dance evening, it seemed like God-communion. There was no Islamic music or Christian hymns that evening. But, we the audience, people from all faiths were in raptures, some humming along, others clapping their hands ecstatically, some recording the singing and dancing on their mobile phones.

But why am I narrating this while writing an article on Dussehra, a festival that signifies triumph of good over evil, as Lord Ram vanquished the demon King Ravana? We celebrate Lord Ram’s victory on this day with so much fanfare, burning effigies of Ravana to satisfy ourselves that all his evil traits have been destroyed.

Shouldn’t we instead burn effigies of the demon of communal hatred that seems to have gripped a section of misguided people, attempting to spread their tentacles to the rest of the sensible people in our beloved country?

The people, who attended the evening of dance and music, seemed to be living in an isolated world, almost like in an ivory tower. In their 90 minutes of bliss of music and dance, they seemed to have forgotten the real world outside.

Wait a minute! Instead of burning effigies of Ravana on Dussehra, wouldn’t it have been a better idea to instead form groups of people of all faiths and go out on the streets singing praises not only of Ram, but also of Krishna, Christ and Allah?

Sri Ramakrishna Paramahansa had said, “I practised each religion for a time — Hinduism, Islam, Christianity. Furthermore, I followed the paths of the Saktas, Vaishnavas, and Vedantists. I realized that there is only one God toward whom all are travelling; but the paths are different.”

We, as Indians, known for respecting each others’ faiths should follow the example set by Sri Ramakrishna and practise the different faiths of our country to experience the goodness of each religion.

That would be an India of dreams ― yours, mine and ours.

So, let us make a pledge on Dussehra today to banish the demon of communal hatred forever and make Ram and all the other avatars that have come down on earth proud of the human race.