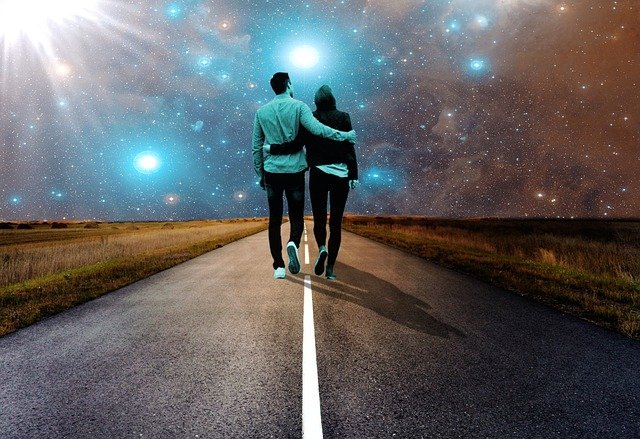 The Divine is Godhead itself or God in general or perhaps the word refers to a deity. Even angels in the Psalms are considered divine and are regarded as spirit beings, in God’s form. What is the Divine force? This force is widely considered as a power or force that is universal or transcends human capacity.

When the word ‘divinity’ is applied to mortals, it usually refers to qualities in individuals who are considered to have some special access or relationship to the divine.

Descriptions of God in the scriptures are usually based on the real properties of the universe. When Theists worship Gods, they unknowingly worship the cosmos. In the three major western religions of Judaism, Christianity and Islam, God is described as omnipresent and omnipotent, infinite, eternal, transcendent, creating, designing, mysterious, and a being that inspires awe and love.

All these descriptions of God are also true of the cosmos. God’s traditional divine attributes are based on observable properties of the universe and God is usually a metaphor for the cosmos. Metaphors allow us to see facets of God we had not seen before.

According to the Gita, the Supreme Lord Krishna is the only controller and all living entities are controlled by him. In the Gita, it is clearly mentioned that living entities belong to the superior energy of the Supreme Lord. This brings us to the question: what is the inferior energy, the opposite of superior energy? Is it matter that is manifested in different elements namely in the earth, water, fire, air, ether, mind, intelligence and false ego? Both forms of our material nature, namely the gross (earth etc) and the subtle (mind etc.) are products of inferior energy.

However, nothing is really created or destroyed in the cosmos. One primordial substance pervades the entire universe. This is the divine, who is the original substance of the cosmos. About 96 per cent of the cosmos is spiritual and divine in nature and just waiting for us to explore it. But how does one do that? The best part is that we are our own spaceships in this regard. Meditation can give us glimpses into these vast energetic and spiritual realms for us to understand our cosmos and our role in it. It is, therefore, recommended that we should start by looking inside our own selves.

But what is the material cosmos? Is it a smaller part of a larger energetic and spiritual cosmos? It could be. But first, let us look at some mind-boggling numbers. Since the cosmos is an integral whole, its ultimate reality is common to all. Humanity is one too. The oneness of God and the oneness of humanity are interrelated. All of humanity and God are one. We are always connected to forces of God because the energy of God is everywhere and permeates through all things, living or material, as well as the knowledge of God which is infinite and always available to us.

Each soul is part of God’s energy. Everything that exists, seen and unseen is connected to each other, is inseparable from each other in a field of divine oneness. The divine is all-knowing, and is the matrix, pure consciousness or universal mind energy, sometimes also known as Life Force or God. Everything is one.