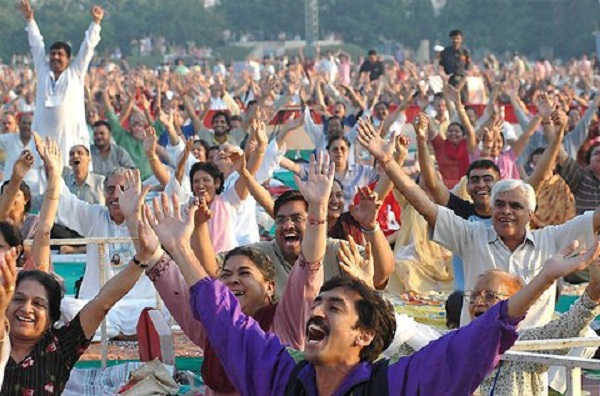 We can make a good society a reality by ushering in an intellectual awakening on non-violent lines and initiating inter-community dialogue on peaceful lines, says MAULANA WAHIDUDDIN KHAN

It would be no exaggeration to say that three major initiatives, designed in their separate ways to offer a solution, have been utter failures. A hundred years ago, it was generally assumed that the formation of a national government would provide the answer. It was felt that foreign rule was responsible for the rot that had set in the society, and that indigenous rule alone could make matters right. In 1947, we finally succeeded in establishing a national government, but it failed to yield the desired result of a good society.

Similarly, the initiative which led up to ‘Home Rule’, i.e., the non-violent movement started by Mahatma Gandhi seventy-five years ago, did not usher in any utopian ideal. It had come to be assumed that once the principle of non-violence became the mainstay of Indian politics, it would automatically be put into practice in society. But this transference of the principle from the political to the social sphere did not take place. We may have been successful in launching a political movement based on non-violence, but we were to find that it took more than earnest enunciation of the principle of non-violence to build a good society.

The third initiative, carried out after independence, was the attempt to bring about a good society by legislation. There are now scores of laws aimed at social reform, each social evil having several specially framed laws to counteract them. But this multitude of laws has done little to bring a good society into existence.

In all these three initiatives, our basic shortcoming was to think purely in terms of systems. This has caused us to devote all our attention to overall ‘social reform’, at the expense of the more worthwhile ‘reform of individuals’. Over a period of a hundred years, all the major movements launched in our country have been system-based, rather than individual-based.

The individual is the primary unit of society. If individuals are reformed, society follows suit. And if individuals degenerate, society too goes into decline. That is why our best efforts should centre on the individual, who is, after all, the basic building block of society. The day we reform individuals in their thousands, we shall have set ourselves well and truly on the path of successful social reform. To reform individuals, each and every one of us need to usher in intellectual awareness in ourselves and educate others based on the principles of peace and non-violence.

I would like to take this exercise further. I feel that once individuals have started a process of ushering in positive intellectual transformation in themselves, they need to engage positively with other members of the society and the nation. The solution to our problems lies in inter-community meeting, instead of protest and demand meetings with the government. The most urgent need of today is to hold inter-community dialogues at a community and national level. Serious-minded and influential people from all communities should participate in these interactions with the aim of securing peace on the basis of purely non-political grounds.

Representatives of all communities should hold discussions with open minds. They must strive to put an end to controversial situations on all sides and discover a common basis, by adopting which, all communities can live together as good neighbours.

If such a dialogue is held with full justice and sincerity, a new chapter will be opened in the history of India. It is this point of inter-community relationship where the history of India is standing still. Once this problem is solved and relations between the communities improve, nothing else will come in the way of India’s progress.

The dialogue, if it has to succeed, should not take the form of polemics. Representatives should not become spokesmen of their respective communities during the discussion. What should be paramount in their minds are the larger national interest and the paths of progress and harmony for all.

Dialogue is not a meeting of rivals but a brotherly meeting. Such noble tasks are performed by rising above the victory-defeat psychology. Its aim is to solve matters and not confound them. The feeling at work behind a dialogue is one of reconciliation and not one of rivalry.

Dialogue means, an attempt to solve controversial matters through negotiation, rather than, through confrontation. If a dialogue is started with this spirit, its success is certain. The door to the progress of our country has been shut for about half-a-century; and a dialogue keeping this spirit in view, can surely open the closed door, provided it is conducted with the true spirit.

The ushering of an intellectual awakening on non-violent lines and initiating inter-community dialogue on peaceful lines is the way forward to make a good society a reality.