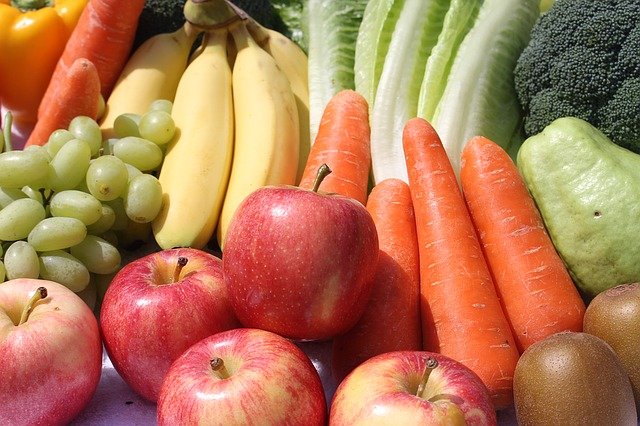 According to Jnanavatar Swami Sri Yukteswar  Giri, consumption of fruits and vegetables is natural and healthy for man, against meat and fish, which goes against his senses of smell, sound and sight. OSWALD PEREIRA writes about the Jnanavatar’s views on the subject

Man by nature is a frugivorous (feeding on fruit) animal, according to Swami Sri Yukteswar Giri. The fruitarian diet referred to by Swami Yukteswar includes vegetables, nuts and grains.

Swami Yukteswar, the guru of the great yogi Paramhansa Yogananda, is venerated as a Jnanavatar (incarnation of wisdom) by his disciples spread all over the world. He says, “In men of all races, we find that their senses of smell, sound, and sight never lead them to slaughter animals; on the contrary, they cannot even bear the sight of such killings.”

On the other hand, man finds the fragrance of fruits, delightful. Also, various grains and roots have an agreeable odour.

God created man to enjoy fruits and vegetables, as has been written in the Bible. “And God said, ‘Behold, I have given you every herb bearing seed, which is upon the face of all the earth, and every tree, in which is the fruit of a tree yielding seed; to you it shall be for meat.’ ” Genesis (Bible) 1:29.

“Can flesh then be considered the natural food of man, when both his eyes and his nose are so much against it, unless deceived by flavours of spices, salt and sugar?” Swami Yukteswar asks.

In the frugivorous animals, the molars are broad-topped but not pointed for chewing flesh, observes Swami Yukteswar. In his book, The Holy Science, he points out that the formation of the teeth in man resemble neither the carnivorous nor the herbivorous or the omnivorous; they do resemble exactly those of the frugivorous animals.

Man’s stomach and digestive system are not suited for consumption of meat and fish, which is not his natural food, according to Swami Yukteswar. He adds, various grains, fruits, roots, ― and for beverage ― milk and pure water openly exposed to air and sun are decidedly the best natural food for man.

Other foods are unnatural and uncongenial to the human system and foreign to it. Being difficult to eliminate, they accumulate in the excretory and other organs. “When they cannot find their way out, they subside in tissue crevices by the law of gravitation; and being fermented, produce diseases, mental and physical, and ultimately lead to premature death,” Swami Yukteswar says in the book.

Given his views on the toxicity of a non-vegetarian diet, based on knowledge, wisdom and scientific data, Swami Yukteswar recommends a strictly vegetarian diet for children to ensure their proper growth and development, both physical and mental.

Children’s minds, understanding, will, principal faculties, temper and general disposition will be properly developed by adhering to a vegetarian diet, he concludes.

However, it must be pointed out that Swami Yukteswar did consume fish and eggs long before he was initiated into the monastic order. In early manhood, he was married but his wife died just a few years later; and their only child, a daughter, passed away as a young woman not long after her marriage.