The Bhagavad Gita equips us with  wisdom and power to look into the eyes of the Two Indias and address the dualities that are part of the ground reality, says OSWALD PEREIRA

This morning, I saw the woman who cleans our home, diligently washing the driveway with a broomstick in her right hand, while expertly balancing her mobile with her left. When I asked her why she couldn’t put the handset away, while cleaning, she grinned.

On other occasions, though our cook has both hands occupied ― in chopping vegetables and stirring the pan ― she still manages to conduct uninterrupted long distance calls on her mobile with her relatives in Bihar. The phone is dexterously tucked in the crook of her arm and tucked against her ear. Any amount of protests from the lady of the house that she should concentrate on her cooking falls on deaf ears.

When we want to try out a new dish, my wife shares the YouTube recipe on the cook’s smart phone. She smartly cooks the dish to perfection without much ado. Gone are the days when one needed to give detailed instructions when trying out new dishes. The smart phone does the work.

The mobile phone revolution has been a great leveller of class distinctions in India. With free calls bundled in, communication has become easy for the so-called less privileged class.

This is the one India that we should be proud of and rightly so!

But is there only one India, two Indias or many Indias?

If we claim that there is only one India ― of goodness and glory ― that would be a dream … or even a lie. If we say that there are two Indias ― good and bad ― that would appear to be reality. For, if there is duality in us humans ―  a Dr Jekyll and a Hyde ― it translates into duality in nations and in the world.

India is a land of contrasts ― prosperity and poverty, justice and injustice, harmony and disharmony, freedom and suppression. These opposites seem to coexist, sometimes, peacefully.

In big metros like Mumbai, the rich and the poor live like good neighbours, rubbing shoulders with each other ― one in their skyscraper apartments and the other in their shanties nearby.

Alongside the sector of independent houses where I live in Noida is a ‘village’ inhabited by the ‘working class’, the women employed as domestic helps in houses around, the men working in factories or self-employed as masons, painters, carpenters or drivers in households. There are several other ‘villages’ in Noida, the ‘villagers’ living peacefully, close to the city’s residences  ― independent houses and apartment blocks ― in the almost 200 sectors in Noida.

Our courts dispense speedy justice to the rich and privileged but the poor and so-called underprivileged languish in jails as undertrials for years. The plight of the rich, city-dwelling prisoner being denied bail grabs media attention and their cases get an urgent hearing in the high courts, but the poor and tribals rotting in jails for years are forgotten news stories.

By and large, we live in communal harmony, with people of different faiths freely following and practising their religion. There are communal clashes once in a while, and even attacks on minorities. But such disharmony is rare and not a daily occurrence. Fringe elements fan such trouble, which should be dealt with a firm hand by the authorities.

Being a vibrant democracy, we have various freedoms, especially of speech and expression. Yet those who dissent are being suppressed by being labelled anti-national; journalists critical of the government face the prospect of jail and media houses that don’t toe the official line find themselves less favoured for government advertisements.

Stand-up comedian Vir Das found himself in the eye of a storm for his monologue on Two Indias delivered at the Kennedy Center in Washington and uploaded in a YouTube video. The matter was even taken up by complainants with the police in Mumbai and Delhi, despite the comedian clarifying that, “the video is a satire about the duality of two very separate Indias that do different things. Like any nation has a light and dark, good and evil within it. None of this is a secret. The video appeals for us to never forget that we are great. To never stop focusing on what makes us great. It ends in a gigantic patriotic round of applause for the country we all love, believe in and are proud of. That there is more to our country than the headlines, a deep beauty. That’s the point of the video and the reason for the applause.”

I could never disagree with Vir Das that we are a great country, with a deep beauty. But what he said did not go down well with some because being a satirical take on the duality of India, the monologue did not give much scope for the comedian to bring in more serious issues and the spiritual depth of India.

Critics also found it offensive that Vir Das delivered his monologue in the US, which they thought would spoil India’s image overseas. But, I believe, one powerful monologue by a comedian is not powerful enough to mar India’s image abroad.

In the blockbuster movie, Deewar, when Amitabh Bachchan boasts about his riches and asks his brother Shashi Kapoor, about what he possesses, Shashi replies proudly, “Mere paas maa hai.” (I have with me, mother.)

Every Indian, no matter what faith he belongs to, can proudly say, “Mere paas Bhagavad Gita, hai.” (I have the Bhagavad Gita with me.) The 700-verse, 18-chapter Gita or The Song of God has more power and is richer than all the developed nations put together. The sacred book has answers to all our problems, including the dualities in Two Indias.

Lord Krishna says in the Bhagavad Gita, “Satisfied with what comes on its own accord, even-minded in success and failure, rising above the dualities, and free from envy, one is not affected even when involved in action.” (BG, 4.22)

The Lord’s advice to deal with dualities or opposites is contained in BG 12.18-19:

“Those, who are alike to friend and foe, equipoised in honour and dishonour, cold and heat, joy and sorrow, and are free from all unfavourable association; those who take praise and reproach alike, who are given to silent contemplation, content with what comes their way, without attachment to the place of residence, whose intellect is firmly fixed in Me, and who are full of devotion to Me, such persons are very dear to Me.”

One way to address dualities is to transcend the three gunas: “O Arjun, the persons who are transcendental to the three guṇas neither hate illumination (which is born of sattva), nor activity (which is born of rajas), nor even delusion (which is born of tamas), when these are abundantly present, nor do they long for them when they are absent. They remain neutral to the modes of nature and are not disturbed by them. Knowing it is only the guṇas that act, they stay established in the self, without wavering.” (BG 14.22-23)

Lord Krishna exhorts Arjun to “rise above the three modes to a state of pure spiritual consciousness. Freeing yourself from dualities, eternally fixed in truth, and without concern for material gain and safety, be situated in the self.” (BG 2.45)

And herein lies the clincher to ending duality:  “One who prudently practises the science of work without attachment can get rid of both good and bad reactions in this life itself. Therefore, strive for Yog, which is the art of working skilfully (in proper consciousness).” (BG 2.50)

Given such wisdom and power in the Gita that we have with us, we are fully equipped to look into the eyes of the Two Indias and address the dualities that are part of the ground reality.

The Holy Book should also inspire us to allow freedom to comedians like Vir Das to speak their mind and bring together the whole nation, including dissenters into one fold of Vasudhaiva Kutumbakam (the world is one family), a concept originating in our great country. 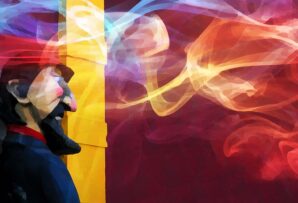 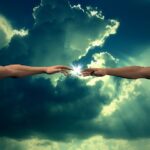 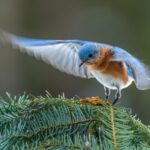 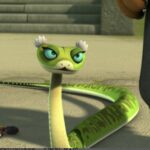