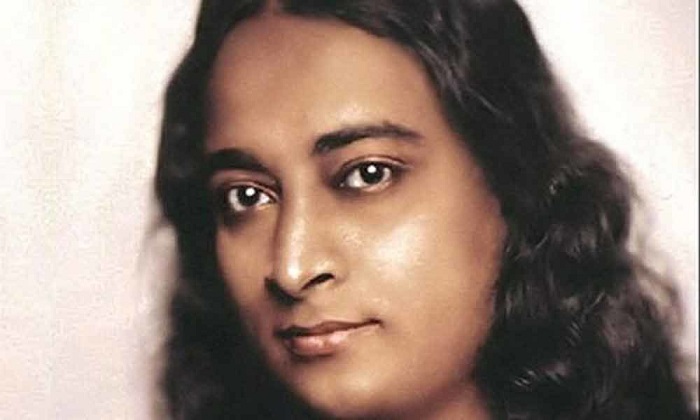 Paramhansa Yogananda’s disciples include people of all religions ― Hindus, Christians, Muslims, Sikhs, Jews and so on. His beautiful chants and music that goes with them are an intrinsic part of Yogananda’s teachings and show how universal and all-inclusive his philosophy is, says OSWALD PEREIRA on his birth anniversary

The birthday of Paramhansa Yogananda, one of the greatest yogis the world has ever seen, is celebrated on January 5. But ever since Yoganandaji touched my life some years ago, every day is a celebration ― a celebration of the spirit of freedom, universality and inclusivity that this wise guru teaches us all.

Yogananda’s creed is simply freedom ― to reach God by the path that you choose, not dictated by any religion, dogma or rules laid down by a guru or institution. He looked at himself as a mere channel to God, without the slightest ego. I killed Yogananda long ago,” he would often say. “No one dwells in this temple now but God.”

God is not found in a temple, a church or a mosque. God is within each one of us. Places of worship are fine for people to congregate and celebrate togetherness, but to seek God one has to look outside the four walls of these institutions.

Jesus Christ said, “The kingdom of God is within you.” Yogananda, who lived for 32 years in the US, helped Christians in rediscovering Christ in their higher consciousness and not in the ornate churches.

Propagating the teachings of yoga to the West, Yogananda showed that there was unity between Eastern and Western religions. In simple modern language, it means that Krishna Consciousness and Christ Consciousness are two sides of the same coin.

For me this works very well and perhaps for others as well, who were born in the Christian faith but are also influenced by Hindu beliefs. While meditating, in my spiritual eye there’s Christ, and at other times Krishna ― and often, they both coexist in harmony.

Importantly, what Yogananda teaches me is that I am a child of God  ― not condemned because I have sinned for breaking some rules and church doctrines ― with the prospect of a good, better and best life here on earth and afterwards. The yogi doesn’t frighten me with talk of the fires of hell like Christian priests do, but offers me many chances to seek God through meditation and Kriya Yoga.

Yogananda whom I sometimes call Master or Guru ― mostly friend and companion ― also offers me secrets to peace, happiness and bliss not through rigorous yogic postures and meditating in the Padmasana, but meditating while sitting upright in a chair, for as long as I like … for 15 to 20 minutes or an hour or two.

He is the flexi guru with no hard and fast rules, with a great sense of humour and a mischievous but kind twinkle in his eyes, which beams with love and compassion that even Christ will want for us.

Yogananda’s disciples include people of all religions ― Hindus, Christians, Muslims, Sikhs, Jews and so on. His beautiful chants and music that goes with them are an intrinsic part of Yogananda’s teachings and show how universal and all-inclusive his philosophy is.

Wishing him a Happy Birthday today, though a tad late in the day ― and many more birthdays each day of the year, till eternity.