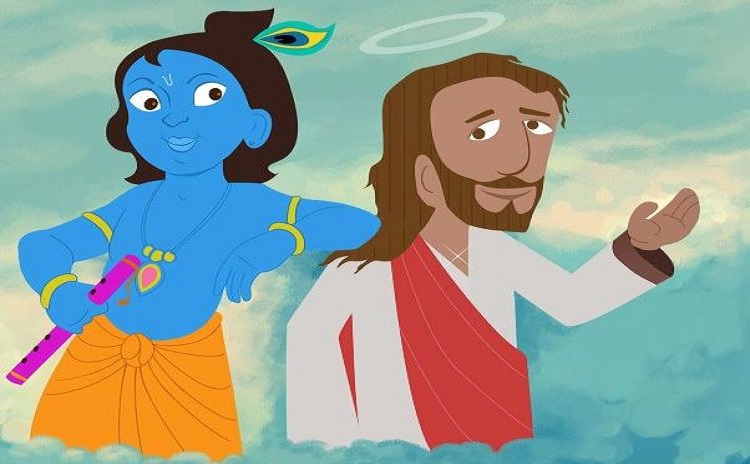 Now is the time for all good men and women of India to unite and put an end to all the artificial discord being fanned by vested interests, says OSWALD PEREIRA

On September 21, 2020, our family took a big leap in promoting communal and religious harmony, when we ― my Sikh wife and I ― welcomed into our household a Hindu daughter-in-law. The young couple lives with us in our house in the rooms upstairs.

There’s joy all around in the household and an abundance of grace and blessings from Divinity as people from three religions ― Hinduism, Christianity and Sikhism ― coexist peacefully and harmoniously.

There’s a happy history to our sacred story of religious and communal harmony. More than four decades ago my sister tied the knot with a Hindu, followed with my marriage to a Sikh in 1985.

More recently, two of my nephews married Hindus. One of the couples especially takes great pride in their religious union and demonstrate it by dressing their bonny boy as baby Krishna on Gokulashtami and dolling him up as Baby Santa on Christmas. On Independence Day, he wears the colours of India.

It gives our entire extended family cause for celebration of the religious diversity and unity of our great nation.

The four couples, including us, that I am writing about here have never had any quarrel on religion for the simple reason that their different faiths have not divided them ― in fact, it has united them.

Personally, I love to see our altar adorned with images of so many avatars and picture frames of various God manifestations in different rooms smiling beatifically. Krishna, Christ, Divine Mother, Mother Mary, Lord Ganesh, Guru Nanak ― we have them all.

Apart from the spiritual upliftment among the spouses, the religious unions have brought in so much of fun and variety in life, as there are so many more festivals to celebrate.

It’s truly a never ending party with the different manifestations or avatars of God. I can visualise them holding their infinite hands across their heavenly abodes, chanting We Are One.

Given this happy scenario of unity, I keep wondering what’s the religious discord that we hear about these days all about? Even among families of relatives, friends and acquaintances where there are no inter-religious unions, quarrels with people of other faiths rarely occur.

It seems to me that someone or people, outside our circle are cooking up all these tales. We, of course, don’t live in an utopian world. There must be differences. But it’s being blown out of proportions ― grossly exaggerated.

Why are our diversities being misinterpreted by vested interests as differences? Why is one community being pitted against the other?

Why are brother avatars Krishna and Christ being projected as adversaries when they are united in Cosmic Consciousness?

Allah, whose other name is As-Salam, also means peace. Then why are his followers being shown as enemies and trouble makers?

Who is gaining by all these vicious lies? Definitely not you and me or any of our relatives, friends, neighbours, and acquaintances.

Let’s put a stop to all this canard of discord by uniting and opposing these prophets of doom.

Now is the time for all good men and women of India to unite and put an end to all the artificial discord being fanned by vested interests.