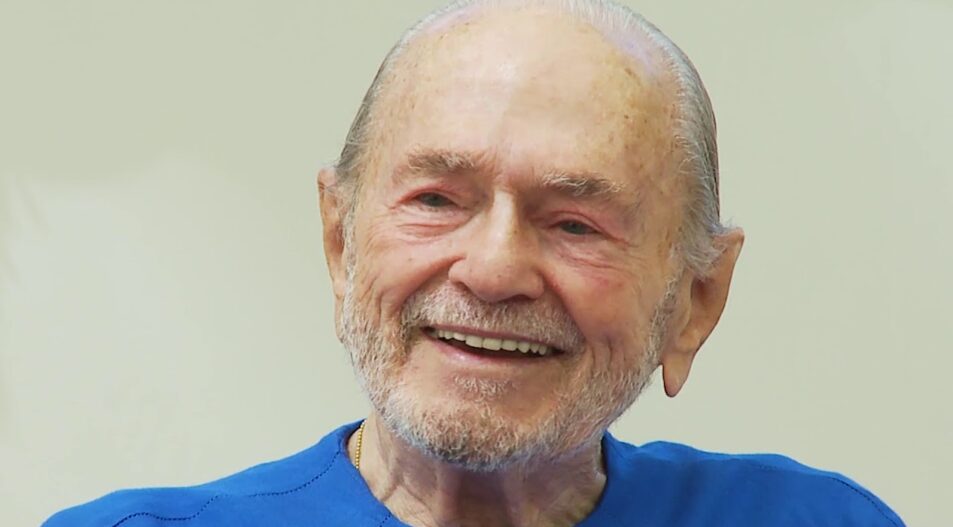 It’s a great mistake to try to reduce stress and tension by avoiding challenges and difficulties. There are some people who never do anything, and they’re always relaxed. Such lives may be pleasant, but they don’t advance you spiritually.

You cannot attain peace merely by escaping responsibility. You can attain it by discharging your responsibilities and winning on the battlefield of life, in the truest sense. Success in life doesn’t necessarily mean winning in an outward way, or even by doing a good job. It means learning an important life lesson.

A step toward infinite freedom

Years ago the Peace Corps invited me to teach a group of young men who were going to India. I accepted the job for two reasons. First, it paid well, which helped me get Ananda started. Second, I felt I could help these young men appreciate India in the deepest sense. But they weren’t interested. They didn’t want to hear about Indian philosophy but to learn about five-year plans, village rehabilitation, those kinds of things.

I tried everything I could think of to arouse their interest. But finally I had to admit that I had failed. Suddenly, in accepting that failure, I felt a great victory, because I realized that the failure didn’t matter. I had always been non-attached to the fruits of my actions, but this experience helped drive that thought deeply into my consciousness. I had done my best, and now the results were purely in God’s hands.

I realized that true success is different from what we normally consider success. True success means taking a step toward our own eventual infinite freedom, by learning an important life lesson that we no longer need to repeat.

Only that kind of success gives true peace. Once we’ve learned these lessons, we can relax about them. But as long as there’s any fear—fear of the test, fear of failure, even fear of success, there is still karma to be worked out.

The pull of unwillingness

Most people are pulled in two directions. While they’re doing something, they’re wishing they weren’t doing it. For your spiritual growth, don’t try to reduce stress by avoiding what you need to do. Troubles and difficulties are, in fact, a great opportunity for growth.

I used to wish that I could be a hermit. I used to wish I didn’t have to teach. I was constantly wishing that I didn’t have to think about money and practical things. Despite my reluctance, I did what I had to do. That was important, but it would have been better if I’d been able to say, “Let me do it for the pure joy!”  It was only after I learned to accept what I had to do that I was able to put out the level of energy and creativity that enabled God’s grace to flow. Until then, it was a battle between the two sides of my nature.

We need to think, “As long as I must do this, let me enjoy it and learn that the truest enjoyment is doing it for God.”  When we give what we’re doing to God, we find a great joy and even great relaxation in the process.

Learn to act from within outward

One of the most important ways to be relaxed is not to care what other people think you should do. When I was young, my father took our family to the island of Capri in Italy. We took a tour bus to a high point that had a stupendous view. But after five minutes the tour guide said, “All right, let’s go.” But my father hadn’t finished enjoying the view, and he wasn’t going to let the conductor rush him.

Everybody else was in the bus. The bus driver was honking and the tour guide was saying, “Come on, come on!”  My father quietly stood there and enjoyed the view, and when he was ready, he got on the bus. There was no need to rush. If we had come to enjoy the view, why not do what we came for?

The teachings of yoga say that we should be centered in ourselves. My father was not a yogi, but he was non-attached and very centered. If you can reach that level of being centered in yourself, and of acting from within outward, then you will have a degree of poise and relaxation that will allow you to turn left or right as circumstances require.

Yogis often describe the kind of relaxation that is needed with the illustration of a cat. When you pick up a cat that’s relaxing, it’s completely limp, absolutely relaxed.  But if you threaten her, she’s instantly on her feet. We need to be completely relaxed and centered in ourselves, but ready at a moment’s notice to go one way or another.

Try to develop an attitude of non-attachment to the fruits of your actions. A person who knows that he is doing his best isn’t going to waste energy thinking about the results. People with that attitude will have a degree of relaxation that allows them to work without tension or fear. And even if they fail, they are able to rise again.

“I am ever the same”

Fear prevents people from having the centeredness and relaxation that can lead to true success: fear of failure, fear of unforeseen obstacles, fear of death.

It helps greatly to visualize the fear being fulfilled, and see the worst possible results. Once you’ve accept those possibilities, you can put all of your energy into constructive action for success.

To overcome fear, try to remember that you are not the body. Sometimes the body is subjected to terrible tortures. People do terrible things to one another. We don’t know what our fate is. But it will help you if in your mind you can say, “I’m not this body. I don’t need it.  I’m not affected by the changes that take place in this body.”

When you go to bed at night, give everything, including your body, back to God. Learn to say, as Anandamoyi Ma did, “Whatever happens to this body, I am ever the same.”

If you love God deeply enough, there is nothing to fear because you know that He’s always with you. We find this level of courage in saints. They don’t have fear. They don’t even think of themselves as doing something courageous. All they know is that they’ve placed themselves completely in God’s hands. Their courage is based on a total Faith and self-offering that says, “Nothing matters. It’s all God.”

It’s important to work to attain that level of courage. If you sometimes feel anxious about something, don’t pull back, just call on God to support you in whatever you have to do. The time will come when you will win the victory over that fear.

Remember that our thoughts send out a magnetism that will draw to us whatever we are thinking about.  Fear, in other words, attracts the very thing we’re afraid of. People who experience a certain kind of disaster have put out a call for that disaster. It’s usually a subconscious call, but it’s nonetheless in their aura.

If you have fear, it would be very good to overcome the fear, if only because that fear may attract to you the very thing you’re afraid of.

You can overcome fear by strong positive thoughts. A positive attitude will strengthen your aura and protect you. You can also meditate and harmonise the vibrations in your heart, and then consciously send out those vibrations in all directions. This practice will also strengthen your aura and protect you. Most of all, live in the thought of being surrounded by an aura of God’s light.

Paramhansa Yogananda said, “Conditions are always neutral. They seem good or bad according to the positive or negative attitude of the mind.” We can make the best of the worst circumstances. But we have to be practical, and the most important thing is to have faith in God and live in the thought that God is always with you. Faith in God will give you the level of relaxation you need to fight the battles of life most effectively.