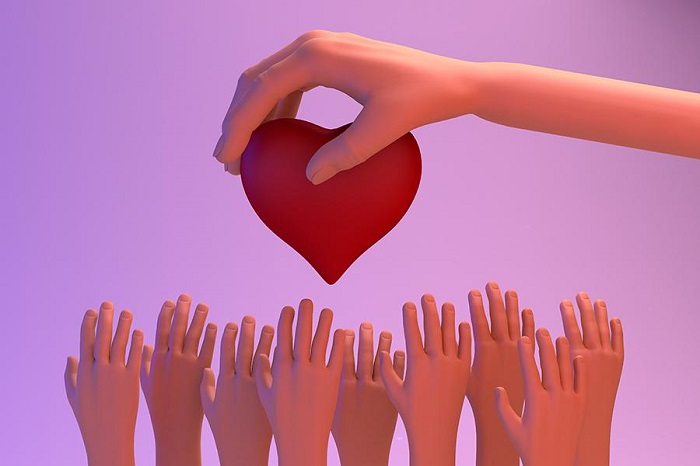 Acts of charity are meaningless, unless fortified with love, and, equally important, commitment, to make the subject of our generosity knowledgeable and self-sufficient, says OSWALD PEREIRA

Some industrialists spend a fortune for philanthropic causes. Smiles light up the faces of those who might benefit from their generosity. Then as soon as the monetary benefits wear off, the joy goes, too.

Why, despite the generosity of ‘financial saints’, it ends up leaving a large void in the lives of those being uplifted? Why are they not content? Are they not satisfied with the generous aid?

But then love, too, soon turns out hollow, unless sustained by something more substantial, like commitment.

For, to sustain love and commitment, one needs to share knowledge. And knowledge-sharing is not all about imparting education as we understand it to mean. It is much more.

Perhaps the answer lies in the Bhagavad Gita. In Chapter 4, Krishna talks about transcendental knowledge and says that material giving should be transcended by a higher form of giving.

Krishna tells Arjuna: “O chastiser of the enemy, the sacrifice performed in knowledge is better than the mere sacrifice of material possessions. After all, O son of Pritha, all sacrifices of work culminate in transcendental knowledge.” (Gita – 4:33)

The Gita makes material yagya or sacrifice the lowest form of giving. Vedic scriptures do talk of meritorious rewards that one reaps with ritualistic sacrifices, rigorous asceticism or by philanthropic charity. However, the one perfected in the science of uniting individual consciousness with Ultimate Consciousness transcends them all and achieves the supreme, primordial abode (Gita – 8:28).

Chapter III of the Gita talks about Karma Yoga, the path of spiritual action. As you mature on this path, you continue to perform good deeds―philanthropy may be one of them―but with less doership. Charity can be transformed to a spiritual plane only if it leads to reduction of one’s ego and doership; doing good with perfection but without attachment.

The Bible puts charity on a high spiritual plane: “And though I have the gift of prophecy, and understand all mysteries, and all knowledge; and though I have all faith, so that I could remove mountains, and have not charity, I am nothing.” (1 Corinthians 13:2).

However, in most versions of the Bible, the word charity is substituted with the word “love”. It seems then that the Bible elevates charity to an act of love. The gospels favour silent giving, thereby delinking the act of giving with doership, as does the Gita. “When you give to the needy, do not let your left hand know what your right hand is doing,” says the Gospel of Matthew, 6:3.

Said Satirist Thomas Carlyle on giving: “The work an unknown good man has done is like a vein of water flowing hidden underground, secretly making the ground green.”

So, the next time we indulge in our feel-good, generous act, let’s make sure we fortify it with lots of love, and, equally important, commitment, to make the subject of our generosity knowledgeable and self-sufficient.